Ceil Cleveland Footlick once wrote a memoir titled “Whatever Happened to Jacy Farrow?” She should know the answer, since she was the real-life woman behind the character, played by Cybill Shepherd in the movie.

The name Ceil Cleveland Footlick may not register with most, but as it turns out, we’re betting you know a whole lot more about her than you thought you did. Footlick, who died four days after her 85th birthday in mid-January in Durham, N.C., inspired a character in a famous novel and movie. She was, her friends say, the real-life Jacy Farrow, as depicted in Larry McMurtry’s 1966 novel, The Last Picture Show. Cybill Shepherd played Jacy in the Oscar-winning movie version, released in 1971.

In 1997, Cleveland — the surname people in her hometown of Archer City know her as — wrote a memoir, Whatever Happened to Jacy Farrow?, published by the University of North Texas Press. “In modern American literature, especially Texas literature,” she wrote, “Jacy has become an archetype: a beautiful, flirty, teasing, bitchy blonde in a convertible … Now this Jacy wants to tell her story … my story.”

Joe Murray, whose newspaper won the Pulitzer Prize for public service in 1977, when he was editor of The Lufkin Daily News, was friends with Ceil and her sister, Mary Webb, who once owned The Lonesome Dove Inn on Main Street in Archer City, 25 miles southwest of Wichita Falls. The dusty West Texas town is the lasting bond between the Archer City sisters and McMurtry, who won his own Pulitzer Prize as the author of Lonesome Dove. Ceil once told him, Murray says, that, yes, she was indeed the inspiration for Jacy Farrow — though she always hastened to add, “I was a good girl.” There were, after all, a few scenes involving Jacy (including nudity) that gave the movie The Last Picture Show its well-deserved R rating.

So, how did McMurtry feel about Ceil’s memoir? Well, as she told our late friend and colleague Alan Peppard in 1997, McMurtry happily agreed to read and advise her on multiple drafts of the book before publication and then blessed it with his own written rave in the pages of Whatever Happened to Jacy Farrow?

“He’s given me a great blurb for the book,” Ceil told Peppard. “I think that if he thought it was disgraceful, he would have taken his character back.”

In the end, she said, “I can’t tell you how generous Larry was. He said sure I could have the character.”

As Murray notes, even in writing his published endorsement of Ceil’s book, McMurtry stops short of confirming that Ceil was the inspiration for Jacy Farrow, but on the other hand, “he doesn’t say she wasn’t.” 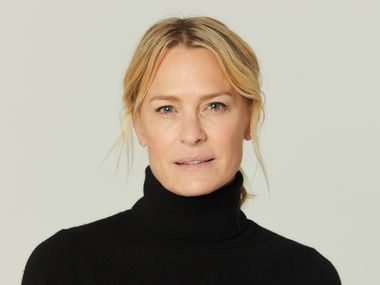 Out now, the movie features Wright as both director and star.
By Michael Granberry

Austin roots rocker Jimmy LaFave died in 2017, but his ‘new’ album is a rare surprise

Faced with the cold, SMU professor slept with his 331-year-old violin to protect it

Rapper Yella Beezy had 5 guns in his vehicle when Dallas police arrested him, affidavit says