The 86-year-old Dallas-based singer accepted the award in person after performing a duet with Jimmie Allen. He is the sixth artist to earn the distinction, joining Nelson, Johnny Cash, Dolly Parton, Kris Kristofferson and Kenny Rogers.

At the smaller, socially distanced version of the show in Nashville, Arlington’s Maren Morris was another big winner with three CMA Awards, including female vocalist of the year. Longview’s Miranda Lambert picked up her 14th trophy for “Bluebird,” which won music video for the year. 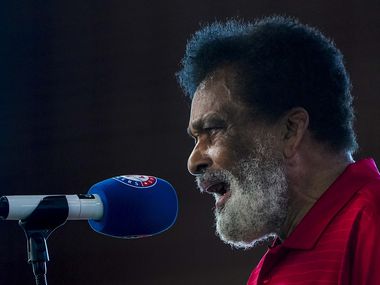 Dallas singer Charley Pride, the 'Jackie Robinson of country,’ to be honored at CMA Awards

Pride will join Willie Nelson, Dolly Parton and others greats as a CMA Lifetime Achievement Award recipient.
By Thor Christensen