Dallas’ most intriguing new music venue is a bowling alley

Bands set up right above the pins at Bowlski’s, in the former Lakewood Theater. And with a veteran promoter doing the booking, you can expect some good shows with your spare.

The Lakewood Theater is now home to Bowlski’s, a bowling alley that’s also a music venue. And it’s likely to draw some surprisingly good shows.

Bands play right above the bowling pins, and the 10 bowling lanes become a VIP section during more full-fledged concerts. A balcony offers general admission for another 300 people and offers an eye-level view of the stage. And a second room, called the Arcade Bar, is dedicated to DJs.

Longtime booker Moody Fuqua is the entertainment director. The veteran of the local music scene is known for booking shows at several venues including Club Dada and RBC in Deep Ellum.

Fuqua’s new gig could prove to be a bigger and better version of what he did at Crown & Harp, now shuttered, on Lower Greenville. At the two-story bar, he often had punk bands playing downstairs while DJs performed in front of a dance floor upstairs.

“We’re having DJs seven days a week,” Fuqua says of the new effort. “We’re going to bring music on the weekends from local bands. Eventually I want to get some touring bands in there and we’ll start doing music several days a week.”

Fuqua also says the main room has three sound systems — one for the stage, one for the bowling lanes and one for the balcony — to put the music right in everyone’s face and drown out the sounds of strikes.

This weekend, Bowlski’s launches its local music series with Mayta on Friday, June 11, and Dezi 5 on Saturday, June 12. 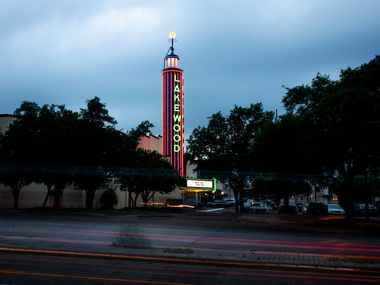 A Plano West grad covers pop songs with his violin. People are listening