Breakthrough infections among the vaccinated cast and crew comes on top of traffic, parking problems at the Music Hall at Fair Park that caused hundreds of fans to miss parts of performances last week.

The show will go on, says Dallas Summer Musicals, even after breakthrough COVID-19 infections were detected among the touring Hamilton company putting on performances at Fair Park. Tuesday night’s show at the Music Hall was canceled after testing revealed the COVID cases.

Performances of the mega-hit Broadway musical were scheduled to resume Wednesday and continue as planned through Dec. 5. Tuesday’s ticket-holders have been rescheduled for the last day of the run. Refunds or different dates are available for those who cannot make it on Dec 5.

Officials at DSM and the Hamilton production declined to say how many or which members of the fully vaccinated cast and crew were infected or to describe in detail the protocols used to resume the shows.

Everyone in the cast and crew has been vaccinated, according to DSM spokesman Mike Richman, including the musicians and any local hires, and they are all tested for COVID three times a week. With the outbreak, testing becomes daily, Richman said. “There’s a bubble backstage.”

Under Actor’s Equity regulations, those not infected can resume working, including performing onstage, after testing negative. The Hamilton company has a number of understudies that could fill roles if cast members are among the infected.

Richman pointed out that DSM has taken precautions to keep audiences safe, including improving the air filtering system at the Music Hall and requiring audience members to wear masks.

The COVID cases come on the heels of other issues with the production. Last week, hundreds of ticket holders missed parts of performances when traffic and parking problems caused them to arrive at the theater doors late. 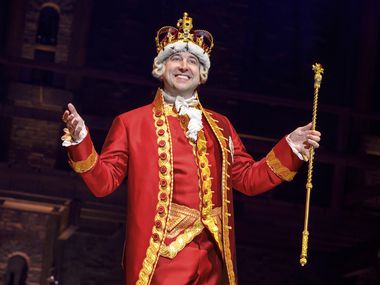 Most patrons are forced to drive through a single gate to park and many of the spaces are several minutes away from the Music Hall. Dallas Summer Musicals has a limited shuttle system but no employees that direct traffic so theatergoers can get to open parking spaces efficiently.

Part of the problem, DSM and Fair Park officials said, was a competing event at the nearby Automobile Building. They are studying ways to improve the traffic and parking situation in and around the 277-acre mostly concrete park.

Manuel Mendoza, Special Contributor. Manuel Mendoza is a freelance writer and a former staff critic at The Dallas Morning News.