What not to miss at the 2022 State Fair of Texas

Here are the biggest highlights to expect when the fair opens Sept. 30. 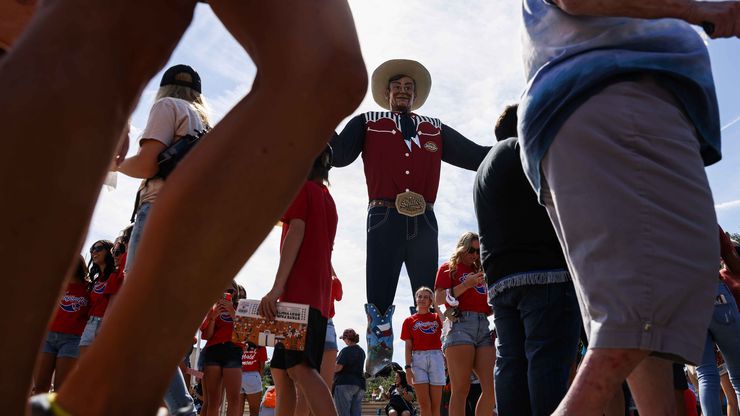 This year’s theme of “Treats of Texas” pays tribute to the fair’s longtime fixation on food. Eating has been a State Fair pastime since the late 1800s. The Fletcher family began frying corny dogs in 1942. Funnel cakes debuted in the 1980s. And since 2005, the Big Tex Choice Awards have named the best of each year’s new food creations. (Find this year’s winners and finalists here.)

Besides fried foods, the fair’s culinary culture includes cooking contests; cooking demonstrations in the Creative Arts Building featuring chefs such as John Tesar and Anastacia Quiñones-Pittman; a new sculpture each year made out of pounds of butter; and the Go Texan Pavilion, where visitors can sample and buy packaged food and ingredients from Lone Star State makers.

While fairgoers could spend a day grazing from the vast menu of festival foods, there are plenty more things to do at the State Fair. Here are some highlights for 2022:

“Mavs Vault” is this year’s Hall of State history exhibit. Four decades of Dallas Mavericks basketball memorabilia and jerseys will be displayed, plus there will be a short historical film, interactive kiosks with trivia and games, a Mavs photo booth and giveaways. The exhibit is open daily from 10 a.m. to 7 p.m. and is included with fair admission.

Learn about another part of Dallas’ history at the African American Museum exhibit “Facing the Rising Sun: Freedman’s Cemetery.” Revisit the historical Black neighborhood Freedman’s Town, which was located near Uptown and Central Expressway, through artifacts, photographs, documents, interactive video, audio and more.

Other special exhibits include Mundo Latino’s “Día de los Muertos,” honoring the history and significance of Day of the Dead celebrations, and the Daughters of the American Revolution House’s “Stars and Stripes Forever” display about the history of the American flag.

Marine Corps Square, the green space in front of the DAR House, is the location for the return of the All-Star Stunt Dog Show, which features rescued canines performing tricks and feats. Marine Corps Square is also the new home of the pig races, which are moving from inside the Pan Am Arena.

Another attraction making its return is the State Fair of Texas Rodeo. It takes place in Fair Park Coliseum on select days during the fair. The opening weekend lineup is Cowboys of Color on Sept. 30 and Oct. 1 and Mexican Rodeo Fiesta on Oct. 2. The final event is the United Professional Rodeo Association (UPRA) competition on Oct. 18-22.

There are several new family-friendly shows and activities. Mat Ricardo: The Extraordinary Gentleman is a dapper comedian and acrobat who performs death-defying tricks. He’ll join strongman Mighty Mike on the Fringe Stage near the Cotton Bowl and Creative Arts Building. Also on the Fringe Stage: Alléz-Oops With Rob and Miss Jane, a balancing trick show. Inside the Creative Arts Building, Tanna Banana will perform musical story times in the theater.

See students from the OontzKids DJ Academy make music for kiddie dance parties outside near the Children’s Aquarium. And stay after the ¡Fiestas de Marionetas! performances featuring handmade puppets for a backstage tour and hands-on craft. It takes place in the amphitheater between Big Tex and Leonhardt Lagoon.

Shannon Sutlief. Shannon is the local data manager on the product team and the former events editor for Guide and GuideLive.com.

Motley Fool: The Trade Desk is a digital ad powerhouse

Shopping local? Here are 14 clusters of small retailers around Dallas

Beer at Dallas Love Field, DFW costs more than most other airports

CBRE built an office in the metaverse, where nobody will have a desk

After handling Iowa State, TCU can make believers out of CFP committee with one more win

Beer at Dallas Love Field, DFW costs more than most other airports

Shopping local? Here are 14 clusters of small retailers around Dallas