The Oak Cliff Film Festival is back. See which films are making their Texas debut

The 10th annual event will bring 57 films to venues around Oak Cliff.

The Oak Cliff Film Festival is back.

The 10th annual event will return June 24-27 at various venues around Oak Cliff, including the Texas Theatre, Bishop Arts Theatre Center, Kessler Theatre and more. Fifty-seven feature and short films will screen at this year’s festival, with 15 feature-length films making their Texas debut.

This year’s headliner is the anticipated Summer of Soul (…Or, When the Revolution Could Not Be Televised), a feature documentary by The Roots’ Ahmir “Questlove” Thompson.

In his filmmaking debut, Thompson tells the story of the 1969 Harlem Cultural Festival which celebrated Black history, culture and fashion just 100 miles south of the legendary Woodstock festival. “Summer of Soul” premiered at the Sundance Film Festival where it won both the Grand Jury Prize and Audience Award.

Also included in the lineup is Oscar nominee Riz Ahmed’s Mogul Mowgli, and a drive-in screening of the 1916 western The Return of Draw Egan and Kid Candidate, a documentary on how a viral video sparked a 24-year-old’s unlikely run for city council in Amarillo.

To help prevent the spread of COVID-19, the festival will have safety protocols. Indoor screenings will be limited to 50% capacity, mask-wearing will be encouraged for attendees and required for staff and hand sanitizer stations will be placed throughout venues.

Tickets for individual indoor screenings are $11.50 each. A VIP badge is $175 and provides access to all screenings, events and music shows, plus admission to the Filmmakers’ Lounge. 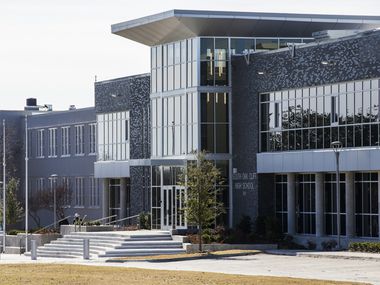 Destine Gibson, Web producer and Oak Cliff freelancer. I've been with The News since September 2019. I graduated from the University of Texas at Arlington with a degree in journalism and public relations in 2017, then the University of Southern California in 2019.

A Plano West grad covers pop songs with his violin. People are listening

What to do in D-FW

Get the scoop on the week's best festivals, concerts, movies, restaurants and hot happenings in D-FW.