Candy Montgomery killed her friend with an ax in Wylie 40 years ago. Elizabeth Olsen and others are picking up the story.

It’s been 41 years since Candy Montgomery killed her friend with an ax on Friday the 13th in the victim’s home on a suburban Wylie street. The eight-day trial, held at the old courthouse in McKinney, drew capacity crowds. Montgomery was acquitted after pleading self-defense, prompting outrage. As she walked to her car, some yelled, “Murderer!”

Montgomery had been in an affair with the victim, Betty Gore’s husband, making things all the more scandalous. Their families were close. The two women sang in the church choir together, and their children had a sleepover the day before the killing.

It’s a story that many have struggled to leave behind. 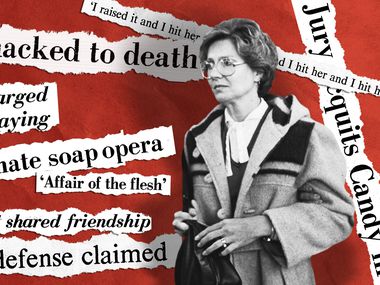 Decades after Candy Montgomery was acquitted for killing her lover’s wife, stars like Elizabeth Olsen are lining up to revisit the case. What makes us keep coming back?
By Dan Singer

Now, four decades later, it’s set to be revisited — with not one, but two streaming series upcoming from Hulu and HBO Max. Here’s what we know about them so far.

Elizabeth Olsen stars as Montgomery and American Horror Story’s Lily Rabe plays Betty Gore in this miniseries. Production has been underway this month in Kyle, Texas, outside Austin.

Others cast members include Dallas-born Jesse Plemons as Betty Gore’s husband, Patrick Fugit as Montgomery’s husband, Tom Pelphrey as Montgomery’s lead defense attorney and Krysten Ritter, Keir Gilchrist and Elizabeth Marvel as others. Industry veteran David E. Kelley is writing the series and Nicole Kidman is an executive producer. It’s based on the book Evidence of Love by Dallas journalists Jim Atkinson and John Bloom, as well as a series of articles they wrote for Texas Monthly.

No release date has been announced, but the streamer says it will arrive next year.

Hulu’s take on the killing and its aftermath is in an earlier stage, so details about it are fewer. Jessica Biel, the ‘90s-early aughts TV star and wife of Justin Timberlake, stars as the killer. Indie film actor Melanie Lynskey takes on Betty Gore.

Last week, Veep actor Timothy Simons was revealed to be playing Montgomery’s husband, an engineer at Texas Instruments. Pablo Schreiber, best known as Nick on The Wire, is said to be on board as Gore’s husband.

Robin Veith, a writer alum of Mad Men, is an executive producer. There’s no word of a release date and likely won’t be for a while. 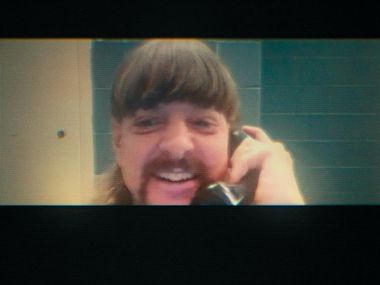 With the second part of the docuseries, due out in November, the story continues.
By Jeremy Hallock