What is the Dallas Stars’ championship run worth in a pandemic?

The team expects to miss out on millions in postseason revenue as a result of pandemic restrictions put in place during a remarkable 2020 playoff season.

It’s not often that winning teams lose out on the chance to make money from success. Then came 2020.

In a normal year, a playoff run to bring home the Stanley Cup would mean increased revenue for an National Hockey League team like the Dallas Stars. But in a global pandemic year, the team estimates it could miss out on $20 million to $30 million in added postseason revenue from the fervor that typically comes with packed home arenas. The National Basketball Association has warned of a similar situation in its own league.

“The effect of the pandemic financially is significant," said Stars owner Tom Gaglardi. "There’s not a sports team in the world that’s benefited from this. It’s a tough situation for sure, but we’ll get through it.”

The Stanley Cup playoffs are occurring in a fanless “bubble” in Edmonton — the Canadian host city that’s 1,960 miles from the Stars’ home ice at the American Airlines Center.

The Stars are in a different position now than they were in 1999, when the team — led by future Hall of Famers Mike Modano, Brett Hull and Ed Belfour and coach Ken Hitchcock — won the Stanley Cup with a controversial goal in triple overtime.

Since being purchased out of bankruptcy by Canadian businessman Gaglardi almost a decade ago, the franchise’s value has nearly tripled from $227 million in 2010 to $600 million in 2019, according to Forbes' estimates.

Gaglardi, a hotelier and restaurateur, has invested considerably in the team since acquiring it, pumping millions into player salaries as leadership created an impressive roster. In 2010, the team was spending just $46 million on player salaries, a number that ballooned to $89 million last year, according to Forbes.

But the pandemic has imposed an entirely unforeseen set of variables for the surging NHL franchise.

“No business school ... no experience can prepare you for what all of us that are leaders of businesses right now are dealing with,” Alberts said.

As the impossibility of hosting large-scale live events set in over the spring, officials from every major sporting league scrambled to salvage seasons interrupted by the spread of disease across the U.S. The NHL followed the NBA in establishing a so-called “bubble” to isolate league members through the 2020 season.

Economic development officials expect the NHL’s presence to generate $48 million to $69 million in sales in the Alberta province and as many as 1,900 jobs.

Whether or not the league can replicate or even potentially improve upon the conditions of the 2020 season next year is largely outside the sport’s control, Alberts said.

He, too, doesn’t have answers.

The team has cut its operating costs and weathered the loss of some season ticket holders over its support of the Black Lives Matter movement. The Stars furloughed staff over the summer, and 1 in 3 employees remain on furlough today, Alberts said. It also cut executive salaries by at least 20%.

To keep fans engaged, the Stars have hosted several watch parties at the AAC, offering a chance for a limited number to view the games on the arena’s massive screen while enjoying concessions. But the watch parties aren’t a significant source of revenue, Alberts said.

“No real financial upside. Which is too bad because, obviously, franchises that have success on the ice are able to monetize it and have more money to invest," Gaglardi said. “It’s too bad we’re going to miss out on that, but it is what it is.”

And it’s difficult for anyone — Alberts and the NHL included — to say what the 2021 season will look like as well as whether the new year will provide hope for improved business conditions.

“It’s the hardest thing about this. There’s no clarity. It’s hard to plan,” Alberts said.

With the Tampa Bay Lightning up 2-1 in the Stanley Cup Final, the Stars' postseason run isn’t yet over.

“This pandemic has hurt a lot people," Gaglardi said. “We’re not going to complain about our success.” 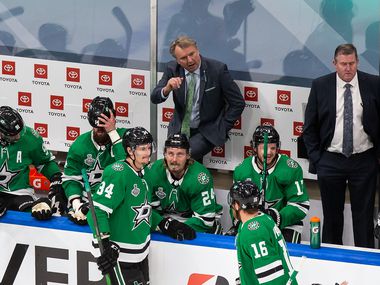 In the biggest game this postseason, the Stars' best were outshined by Lightning’s big guns 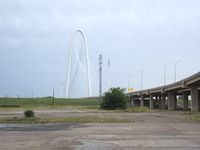