United Airlines hands out 4,700 layoff and furlough notices in Texas, including some at DFW Airport

Chicago-based United said this week that it could layoff 36,000 people nationwide when stimulus restrictions end.

United Airlines could lay off more than 4,700 workers in Dallas and Houston when airline stimulus restrictions end on Oct. 1, but it hopes to bring many workers back when the air travel industry recovers.

Chicago-based United Airlines announced plans Wednesday to send out layoff notices to 36,000 workers nationwide. That included a notice sent to the Texas Workforce Commission for 71 jobs at DFW International Airport and 3,904 at Houston’s George Bush Intercontinental Airport. There were also another 781 layoff notices sent to other employees in Houston, which is a major hub for United.

“The COVID-19 pandemic has caused so much change in our personal and professional lives and will result in us being a smaller airline,” said a letter from Kate Gebo, United’s executive vice president for human resources and labor relations. “Based on current demand, while we are hopeful the reductions for our front-line team members will be temporary, we presently anticipate that they will last six months or longer.”

Houston is the former headquarters for Continental Airlines, which United acquired in 2010. 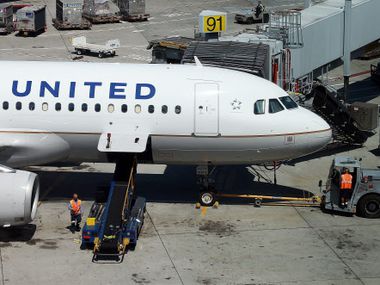 Airlines are preparing for a wave of cutbacks starting Oct. 1, when restrictions on layoffs and furloughs end for the $25 billion in stimulus grants and loans handed out to carriers.

Southwest Airlines CEO Gary Kelly has said demand will be down about 30% in fall and the company will likely need to cut its payroll by a similar number. Southwest has been among airlines pushing employees to take early retirement packages or voluntary time off of a year or more.

“Absent a meaningful staffing reduction through these voluntary programs, combined with a significant and sustainable rebound in traffic, the risk of furloughs and layoffs remains,” said a letter sent to some employees this week from Southwest vice president of in-flight operations Sonya Lacore.

Delta Air Lines CEO Ed Bastian told employees in a memo Thursday that the recovery “is likely to be lengthy and slow.”

United has been the most aggressive of all airlines in warning employees about layoffs. United has taken on billions in new debt during the pandemic and offered new shares to investors, strategies taken by other major airlines as well.

“Our primary goal is and has been to set ourselves up for long-term success, which includes preserving as many jobs as we possibly can,” said Gebo in the layoff notice letter.

Airlines have noticed an uptick in travel since Memorial Day, but aviation leaders have noted that the recent surge in COVID-19 cases in places such as Texas, Florida and Arizona may slow any recovery.

Some 709,000 people passed through TSA checkpoints at U.S. airports Thursday, the agency reported, but that’s still less than 28% the number of passengers who traveled on the comparable day a year ago. 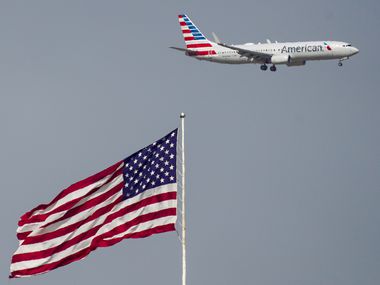 American Airlines and United are suspending flights to Hong Kong over concerns about travel restrictions in and out of the Chinese region, including testing that could result in mandatory hospitalizations for travelers.
By Kyle Arnold