Irving-based firm shutters without warning while working on a major COVID-19 study This article has
comments enabled.

EMSI was supposed to collect 1,000 blood samples from across the U.S. to help study the immune response to the virus, but it closed its doors for good, leading to delays.

An Irving-based health data company that was part of a key study of the COVID-19 virus has abruptly gone out of business without warning, leading to a setback in the effort to understand how people’s immune systems respond to the deadly disease. 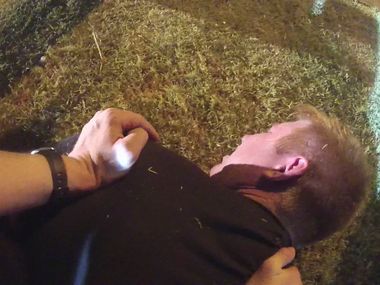 The company’s abrupt closure is causing delays in a clinical study led by Microsoft and Seattle-based Adaptive Biotechnologies Corp. to decode how our immune systems detect and combat the deadly COVID-19 virus that is rapidly killing Americans.

EMSI had been collecting blood samples from as many as 1,000 study participants in selected metro areas across the U.S.

LabCorp is also a major participant in the effort, which is called ImmuneRACE (Immune Response Action to COVID-19 Events). The plan is to map and measure the human immune response to the COVID-19 virus to better understand how to combat it, based on samples from ImmuneRACE as well as thousands of samples from institutions around the world.

EMSI, which had a team of phlebotomists across the country, was collecting blood samples and nose/throat swabs from study participants in the comfort of their homes. LabCorp’s drug development business, Covance, is in charge of managing the specimens collected for the study.

EMSI and its CEO, James D. Calver, could not be reached Thursday for comment. Attempts to reach Beecken Petty O’Keefe & Co., a Chicago private equity company that owns EMSI, were also unsuccessful.

“EMSI has become a casualty of these unprecedented times,” said a statement on the company’s website.

In response to questions, Adaptive Biotechnologies issued a statement Thursday saying that it is “deeply saddened to hear the news about EMSI.”

“Given the recent developments with EMSI, we are currently working with our partners at LabCorp and Covance to identify other mobile phlebotomy providers so we can resume mobile sample collection for ImmuneRACE as quickly as possible,” the statement said.

Adaptive Biotechnologies said it has already received thousands of samples from institutions worldwide in addition to the hundreds it has received so far from the ImmuneRACE study. Together, those will provide genetically and ethnically diverse samples that are needed to determine how different people respond to the virus.

The samples are being analyzed to “decode how immune systems detect and respond to the COVID-19 virus,” the Seattle company said. The result could be the development of vaccines as well as diagnostics and therapies for the disease, the company said, or even the ability to monitor the effectiveness of various treatments.

“Along with our partner, Microsoft, we are sharing this data set publicly to enable efforts by researchers around the world looking at this virus in different ways,” Adaptive Biotechnologies said in the statement.

But a former project manager for EMSI, Hailey Cook, questioned whether EMSI’s shuttering will delay vaccine research even more.

Cook filed a federal class-action lawsuit against her former employer in Houston, alleging that it violated federal law by not paying overtime wages and failed to give proper notice of mass layoffs. Cook said in her lawsuit that many employees didn’t receive any wages for June or July.

Her lawsuit said more laid-off employees plan to join the lawsuit against EMSI, which had not filed an answer to the lawsuit as of Thursday evening.

Microsoft did not respond to questions.

Cook, who was a clinical project coordinator for EMSI, said she had worked for the company since 2018. She said during an interview that EMSI received a contract for the COVID-19 study in April because the firm had collection centers in every state as well as Puerto Rico.

“We were facilitating the blood draws,” she said. “We were still on phase 1 when everything got shut down ... it’s just so frustrating.”

Cook said there was no warning that EMSI had financial troubles. She said the firm had been in business for around 40 years and had between 5,000 and 7,000 employees. She said her division also managed blood draws for clinical studies run by pharmaceutical companies and research universities.

A copy of an EMSI email sent to all employees on July 3, obtained by The Dallas Morning News, said that last Thursday was the workers’ final day of employment.

“EMSI has ceased operations, effective immediately,” the email said. “If you are already working today, a company holiday, please stop working. If you are in an office, please go home immediately. Final payroll amounts will be processed as soon as administratively possible.”

The EMSI email said information about how former employees can collect their personal belongings would be “forthcoming.”

“COVID-19 has disrupted families, communities and businesses in our country and around the world,” the email said. “EMSI has now become a casualty of these unprecedented times, as service volumes have not rebounded sufficiently for the company to meet its financial obligations.”

Cook also questioned why EMSI notified its employees of the closing on a company holiday.

“It wasn’t handled correctly,” she said. “There’s a lot of stuff up in the air.”