The company has been awarded $137.4 million in deals for an anticipated mass immunization campaign.

Little Elm-based Retractable Technologies will supply syringes to the U.S. government under two contracts totaling $137.4 million for vaccination efforts once a COVID-19 treatment is developed.

The contracts will help the company ramp up U.S. production of its retractable needles, it said in regulatory filings.

Retractable won a $53.6 million contract on July 1 to expand its manufacturing capacity under the Defense Production Act. On May 1, it received an $83.8 million delivery order for syringes.

Retractable is one of two small medical supply companies selected by the Trump administration for a planned mass COVID-19 immunization campaign once a vaccine is available.

The 140-employee company also received a $1.4 million loan in late April under the Small Business Administration’s Paycheck Protection Program. The forgivable loan program was designed to offset the pandemic’s economic impact by giving businesses money to keep workers on the payroll.

The push to gear up for mass vaccinations started earlier this year when Dr. Rick Bright, then head of the Biomedical Advanced Research and Development Authority, urged the Department of Health and Human Services and the White House to begin ordering as many as 850 million needles and syringes out of concern there would be a shortage, according to a whistleblower complaint Bright filed.

Bright alleges he was removed from his position as retribution for disagreeing with superiors about the response to COVID-19.

“We face an urgent need to administer large quantities of vaccine once produced,” Peter Navarro, who is in charge of manufacturing for the White House coronavirus task force, wrote in a memo cited in Bright’s complaint. “An estimated 850M needles and syringes are required to deliver vaccine. Our current inventory of these supplies is limited and, under current capabilities, it would take up to two years to produce this amount of specialized safety needles.”

As of late February, the government’s national stockpile contained about 15 million needles and syringes, which was 2% of the required amount, Bright’s complaint said.

With 320 million Americans, it’s estimated that 850 million syringes would be needed to administer two doses of COVID-19 vaccine and meet annual demand for flu shots, insulin and other vaccinations and treatments.

Retractable Technologies was founded in 1994 and produces safety medical products, including pre-filled syringes and blood collection devices. Its retractable VanishPoint needle, which accounted for 85.6% of the company’s revenue last year, is designed to prevent needle-stick injuries.

The company didn’t respond Thursday to a request for comment. 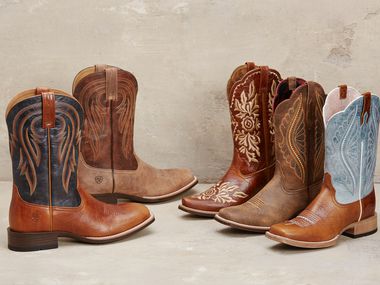 Ashton Nichols. Ashton covers companies and the economy for the Dallas Morning News. She’s previously reported at The Columbus Dispatch and the Ohio Center for Investigative Journalism. When she is not writing, Ashton enjoys reading books and traveling.