A Dallas-based investor that has snapped up thousands of apartments in the Sun Belt in the last decade has added to its local holdings.

S2 Capital has bought almost 2,000 Dallas-area rental units in five communities. The new owner plans to spend almost $19 million renovating the properties, which are in Garland, Plano, Mesquite and Dallas.

“S2 now owns and operates 10,793 units within the D-FW Metroplex,” CEO Scott Everett said in a statement. “We are always looking for new investment opportunities across the multifamily spectrum in D-FW because the Metroplex offers residents a diverse employment base paired with an affordable cost of living.

“We have been very aggressive building our portfolio in D-FW the past 12 months as we expect competition for good deals to accelerate over the next 12 months as the capital flight from gateway markets to cities like Dallas occurs.”

The Bel Air Willow Bend apartment community on Preston Road in Plano was also included in the purchase.

NorthMarq brokered the sale of the Garland and Mesquite properties. The Plano sale was brokered by Newmark. Eastdil Secured handled the Dallas purchases.

Since 2012, S2 Capital has purchased 32,000 apartments in Texas, Florida, North Carolina and Arizona. The properties have a value of $4 billion. 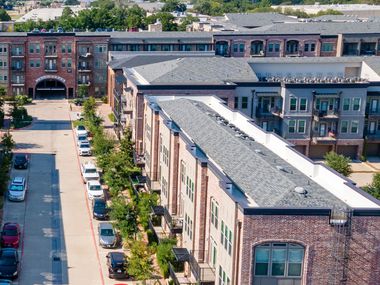