‘We’re tired of being inside’: Halloween costume sales expected to pop this year

2021 could be a record year for certain costume shops that have struggled to survive the pandemic.

Matt Hashem, 35, was putting the finishing touches on his one-of-a-kind pirate costume at Dallas Vintage Shop on a recent afternoon.

“I’m really enjoying this already,” Hashem said. “My wife and I are trying to do things this year that we didn’t get to do last year.”

The couple had extra money after not traveling during the pandemic, so they decided to go all-out on their costumes this year at the Plano store known for its unique, higher-end merchandise.

Halloween stores across North Texas are anticipating an influx of people like the Hashems who haven’t celebrated a major holiday normally since before the pandemic and are ready to go all-out on Oct. 31, almost a year after the first COVID-19 vaccine was given.

Consumer spending on Halloween-related items is expected to reach an all-time high of $10.1 billion this year, up from $8.1 billion in 2020, according to the National Retail Federation’s annual survey. That includes an anticipated $3.3 billion spent just on costumes.

Jerry Purvis, owner of Dallas Vintage Shop, said the pandemic has taught people the value and fun of the in-store experience.

“People are enjoying getting out and browsing here more than usual,” Purvis said. “Before COVID, people were so busy and depended on Amazon.”

Last year, sales were down 40%, Purvis said. This year, his sales for an annual Renaissance festival that ran through May were the biggest he’s seen since opening in 2000. He’s anticipating a similar phenomenon for Halloween.

The store is getting about half of what it ordered, Purvis said. The rest is sitting on ships waiting to be unloaded. Because Purvis is always collecting items, his shop is better off than others.

“I’m an avid collector, almost like I have made it an obsession to get the most elaborate and eclectic and unique pieces so when people walk in, it’s like a wonderland,” Purvis said.

So far, a number of people are asking him to help them put together a British gangster costume like those from the BBC show Peaky Blinders. He’s also seen a lot of people wanting 1980s costumes.

“With the way it’s going, it could be a record year, which we haven’t had since Amazon really started selling costumes,” Purvis said. “We just have to hope a new variant doesn’t pop up.”

Joshua Jackson, 40, and Patricia Naaman, 42, were in the store to create a “prince and princess of darkness” look.

“We didn’t do anything last year, and we’re tired of being inside all the time,” Jackson said.

It indeed has been a strange year, said Sam Cavacos, a sales representative in Texas and five other states for a Halloween and party vendor. Although he’s lost many accounts as the trend of big box stores and Amazon driving out mom-and-pop stores accelerates, those that are still here are doing well this season.

“Everyone I’ve talked with that has been open in the past few weeks are ranting and raving about the numbers,” Cavacos said.

Dan Parodi, co-founder of Authentic Warehouse Sales, which wants to bring luxury and contemporary brands direct to consumers in Dallas and Austin, is hoping to benefit from the demand for Halloween celebrations. His company opened a Halloween pop-up store for the first time this year after companies approached him about buying their inventory.

The Monster Slash is in a prime location at The Shops at Park Lane in Dallas and is selling costumes with discounts of up to 75%. Parodi opened the shop during the first week of September and is anticipating a big rush in the 10 days before Halloween.

“We wanted to open early so people could see that we’re here,” he said. “We’re hoping there’s pent-up demand.”

Spirit Halloween, the world’s largest specialty Halloween retailer, also is anticipating a pick-up in business. The company will have 1,425 retail locations this year, which is 3% more than last year, said Spirit Halloween associate manager of media and photography Marisa Uzzolino. That includes 10 locations in Dallas-Fort Worth, she said.

American Shipper, in collaboration with ImportGenius and MarineTraffic, looked at trade data and found that the top two exporting ports for Spirit Halloween are experiencing delays due to the delta variant.

“Like many retailers, we’ve experienced select inventory delays, but we are on schedule to have our full assortment of stock in time for all the seasonal celebrations,” she said.

After losing three-fourths of his clients since the heyday of mom-and-pop Halloween stores in the late 1990s and early 2000s, Cavacos said it’s nice to see them getting more attention this year. Increased consumer desire for costumes and the in-store experience will help these stores clear out inventory and recover from pandemic-related sales losses, he said.

“It sounds like this could be a pretty big season for everyone still in it,” he said. 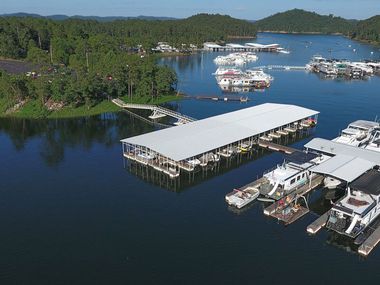 Natalie Walters, Money Reporter. Natalie is an award-winning reporter who covers banks, specialty lenders, wealth management, private equity and other money topics for the Dallas Morning News. She was previously based in New York where she reported for The Motley Fool, TheStreet and Business Insider. She holds an MA in Investigative Journalism from the Cronkite School in Phoenix.