Retailers say they’ve done everything in their power to fill up their stores.

To understand the kind of decisions that independent retailers had to make in 2021, think back to spring and having to buy everything all at once that your household needed to get through Christmas.

Small businesses had to forecast demand with the pandemic still creating uncertainties and front-load some of their largest expenses. They plunked down big amounts of money, went into debt to buy merchandise and then had to find a place to put it all.

And now that they’re in the thick of holiday shopping, labor shortages are hitting them. But it could have been worse.

Texas small retail merchants say they’re seeing strong consumer demand as holiday sales in November and December are forecast to rise as much as 10%.

Last spring, Kime was out of one of her best-selling items, acrylic trays with her signature prints in the base. She placed an order for 10,000 of them, something she usually orders 1,000 at a time, and took out a loan. Sales were strong at one-day popups in Fort Worth and on Knox Street in Dallas last weekend.

On Henderson Avenue, panic set in when only 60% of orders were arriving in early June and merchandise was selling out quickly, said Carley Seale, founder and CEO of Favor the Kind and Roam, a group of four stores, two in Dallas and one each in Houston and Crested Butte, Colo.

Seale called her banker and set out with her buyers to over-order by 30% to 40%.

“It was a risky move, but it ended up being the right call,” Seale said. “Our stores are full and look amazing even though we still have hundreds of [items] sitting on boats at the port, or not coming because of freight costs.”

Shipping costs are rising at the last minute, sometimes by as much as 70% of the order — up from a normal charge of about 10%. “We are canceling those orders instead of passing that along to our customers,” Seale said.

Dallas-based Sample House ordered greeting cards earlier than ever, after being alerted that a paper shortage is coming.

“Everything has been really slow,” said Ellen Aiken, director of marketing for the six-store chain. Tracking orders has led to frustration as shipments arrive in Dallas, but then don’t show up to stores or a warehouse for another couple of weeks.

“The manufacturers get it here and then things go into no man’s land for a while,” Aiken said. “One of the most important reasons we have been so fortunate is because of our vendors. They have helped us navigate all the hurdles thrown to us this unusual season.”

Small retailers said their longtime relationships with suppliers are paying off.

Spend money to make it

Overseas manufacturers’ orders are being processed by a lot of new employees, according to suppliers trying to explain several double shipments received by The Toy Maven.

After 16 years in business, the owners of The Toy Maven could have been fretting over the prospect of three empty toy stores, two in Dallas and one in Southlake. Candace and Wes Williams were going to host Thanksgiving this year, but now their North Dallas house is way too packed with toys. They’re joking that it’s a “good thing we’re empty nesters,” because all their rooms are stacked high with boxes.

Their warehouse is full and Candace Williams took on additional debt to keep extra shipments of classic brands such as Lego building sets, Doinkit darts and Ravensburger puzzles.

“I’m feeling good about what I have bought. It is evergreen product, and I know I’m going to need the stock next year,” Williams said. In late October, she received three cases of one of her best-selling water guns that she ordered in February for the summer. They’re in her house for now.

“There could be further disruptions and I will have core product,” Williams said. She’s also put in orders for Valentine’s Day and Easter merchandise.

While toys weren’t a problem, new fixtures were. A third store she planned to open in July in the Pavilion on Lovers Lane opened in September with buffet tables. The fixtures finally arrived this month.

So while many independent store owners say they’ve figured out how to cope this holiday season, a national survey shows they believe their businesses are still at risk.

After 20 months of disruption and uncertainty, 78% of small-business merchants say holiday sales will impact their ability to stay in business in 2022, according to an American Express survey. More than half of small-business owners said they have had difficulties getting inventory.

Sometimes, consumers say one thing in surveys but don’t necessarily follow through. The same American Express report said 80% of consumers indicated they’ll shop small this holiday season and 89% said it’s important to do so because of the pandemic’s impact on small businesses.

“I’m teaching my 7th grader how to wrap gifts,” Seale said, adding that her corporate staff also is working in stores. She’s pausing social media for December to prioritize staffing to serve “customers who are standing in my stores.”

Williams is restocking shelves at night herself and her grown daughters will be working on Christmas Eve. Kime said her staff is taking on extra duties, such as monogramming.

Small retailers often cite employee and customer loyalty and patience as part of their success.

“When your customer service department isn’t crying every day, it’s because your customers know we’re scrambling and want to please them,” Kime said. 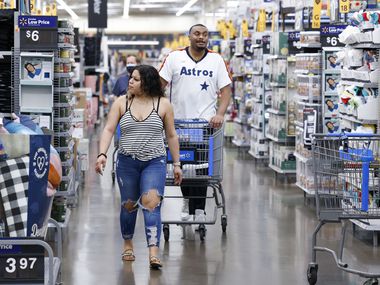