MoneyGram International’s chief privacy, ethics and human resources officer realized that attitudes had changed for the kinder during a virtual meeting with the Dallas-based financial services company’s external auditors, bankers and actuaries — “people who would have previously met around a large mahogany table in suits and ties and polished shoes,” she said.

Instead, one of the men had his sick 3-year-old sleeping on his shoulder. When the dad shifted shoulders, it revealed a large drool spot. The conversation shifted from business to children and laundry.

“Before, I might hear mention of when the kid got into Harvard or won the Little League World Series,” she said. “But in 20-plus years of professional meetings like this, I had never heard ‘the men in suits’ talk about their children, calling the pediatrician, helping with homework or using a stain stick on a drool spot.

“Since that meeting, the committee has started each meeting chatting about our kids, our sick parents, our three unfolded baskets of laundry we still need to get through, not just the Christmas card-worthy vacations but real life, real parenting.”

In the spirit of Thanksgiving, our Top 100 leaders shared the heartwarming or funny moments that made 2022 more bearable.

Here’s how some of them looked on the bright side.

The folks at Fairway Independent Mortgage got teary-eyed when wounded veteran Brian Shank, who lives east of Dallas, with his wife, Julie, first met his new service dog, Harley, as part of its sponsorship of the American Warrior Initiative.

Goosehead Insurance hosted its annual back-to-school drive and backpack stuffing event, partnering with Hope Supply Co. and assembling 510 backpacks with all the supplies a child needed for the entire school year.

At the end of July, TimelyMD took its entire team to Billy Bob’s. “Let’s just say that, in addition to delivering high-quality care to students, our providers also excel at line dancing and the mechanical bull,” said Luke Hejl, CEO and co-founder.

Catalyst Health Group launched the Catalyst Community Foundation, which is focused on programs that expand access to primary care in the communities that need it most, said Christopher Crow, CEO and co-founder. The first clinic opened in August at Saint Luke Community United Methodist Church.

Being in the love business, Match says Valentine’s Day is its biggest holiday of the year. But instead of handing out red roses, the Dallas-based online dating site focused on STEMs — visiting five local STEM schools and thanking their educators with Val’s Cheesecakes.

An employee of LJA Engineering Inc. celebrated Random Acts of Kindness Day by baking cookies topped with the LJA logo and delivering them to more than 200 of her co-workers in three different offices.

A staffer at Nova Landscape Group came across a TikTok video that a manager was in.

“It was a shock because nobody thought this particular manager even knew what TikTok was,” said partner Anthony Diesch. “So we played it on the big screen. There he was being a good dad and dancing with his daughter — but dressed in his daughter’s hat, tank top and skirt, dancing to hip hop. Super tall and skinny and weighing maybe 140 pounds soaking wet.

“It took about 15 minutes for the whole room to stop laughing.”

In June, Kings III Emergency Communications achieved its first 1,000/1,000 month — 1,000 units sold and 1,000 units installed. “To celebrate everyone’s hard work, we hosted a fun, casual party at the corporate office in Coppell, complete with a leadership dunk tank, food truck, dessert contest and scavenger hunt,” said Dennis Mason, who did his time in the tank.

The meeting room doors at Leadr’s start-up office had a propensity to accidentally lock. One day, a laptop was mistakenly imprisoned in one of them. After several failed attempts at picking the lock, the vice president of sales climbed through the ceiling of an adjacent room and dropped down to unlock the door.

“While it was hilarious,” CEO Matt Tresidde said, “it was also a great example of him living out our value that Leadrs have blue-collar DNA and find a way to help their team. Thank goodness, we’re now in our new office with much nicer meeting rooms, so we no longer have to live out scenes from Mission Impossible.”

Benchmark, Pyramid Luxury & Lifestyle focused its holiday gift-giving on helping its own by starting a Benchmark Angel Tree for employees helping employees.

“This past Christmas, our own employees provided gifts to seven of their co-workers for their total of 16 children,” managing director Creston Woods said. “Our team wrapped all the presents, rented a U-Haul and delivered all the presents to the families.”

All but one of them were first-timers, Jason Weeks, regional vice president and division manager, said. “We collected enough blood — 32 units — to save 92 lives. It wasn’t the easiest process for some of our donors, but they triumphed over their fear of needles to contribute to our community.”

When a client of Credera needed to stop a project prematurely, the custom software development company didn’t sulk. It celebrated.

“Rather than immediately reassign the team, we chose to hold a go-live party for the team to recognize all the great work that had been done,” Cody Case, partner and Dallas market lead, said.

HealthEquity Inc. held its first companywide event to address mental health as part of the African American Connections Group, said Nicky Brown, vice president, advocacy and government affairs. “The speaker was hilarious yet effective. The heartwarming event was well received and much needed as was reflected in the overwhelming positive responses.”

“Some employees and their families were finally able to relocate to the U.S., the land of opportunity,” said Naveen Gupta, CEO and cofounder of Birdeye, an international enterprise software firm. “Seeing a stream of pictures on Slack with happy employees reminded me of small things in life we take for granted. It was heartwarming.”

Every Halloween, Sam Pack’s Five Star Chevrolet holds a costume contest, and employees get more creative every year, Alan Brown, general manager of Five Star Chevrolet, said. “This past year, we had someone dressed up as a balloon animal, a whoopee cushion, a piñata, and our sales manager wore a dress.”

McMillan James Equipment ramped up its philanthropy this year.

Gil Andres, founder of Andres Construction, still comes into the office each day.

Warren Andres, his son and company president, and the staff wanted to do something special to celebrate the company patriarch’s 92nd birthday.

“His favorite ‘steak house’ is In-N-Out Burger,” Warren Andres said. “We organized a luncheon for him and invited all D-FW employees to attend. The In-N-Out Burger catering truck came and served everyone lunch. He was completely surprised and said it was one of his favorite memories to date.”

During Munsch Hardt’s 2022 management retreat, its top brass spent most of an entire day focused on the qualities of the firm’s past that it wanted to assure for its future.

“During this discussion, we asked one of our founders what his goal was when starting the firm,” CEO Phil Appenzeller recalled. “He said the group never had big goals — just to provide great clients with great work. He went on to say/ask: “What do you do when your reality surpasses your dreams?”

Encapture gave everyone in the company $600 to outfit a home office and a pair of uber-comfy Allbird shoes suitable for home or office.

Encapture also gives its quarterly “Core Value” employee award in the form of a $200 Amazon gift card. One of this year’s honorees is the son of immigrants from Venezuela with many family members back there, CEO Will Robinson said.

“When I asked him how he’s going to spend his winnings, he said he was going to buy new shoes for his younger Venezuelan cousins as they started back at school,” Robinson said. “They don’t have much money and obviously Venezuela is going through a massive economic upheaval. Just a humbling interaction and really redirected what I thought were ‘problems’ in my world.”

The highlight of Systemware’s year is its annual kickoff meeting, which got postponed several times because of COVID-19, Frankie Basso, president and chief operating officer, said. “We finally had the event, and attendance was incredible with about 80% of the company attending in person. However, we had to cut it short as the ice storm hit that night and shut us down.”

Commercial Metals Co. is an international company with operations in Poland. “I am very proud of how our employees have so selflessly assisted with providing donations, food and shelter for the Ukrainian refugee relief efforts,” CEO Barbara Smith said.

Just before the holidays last year, wounded U.S. Army Specialist John Endsley and his family moved into their mortgage-free, three-bedroom, two-bathroom home at Parkside Village in Royse City thanks in part to the efforts of Trophy Signature Homes.

A highlight for Kevin Hochman, who joined Brinker International as CEO and president in June, was meeting a director of operations who started as a server over 30 years ago. “Because of the career growth and opportunities at Brinker and our brands, he’s been able to put all four kids through college — even though he did not attend college himself — and they would be the first ones in his family to do so.”

A family with a severely disabled child came in trying to replace their 20-plus-year-old car that had major mechanical issues.

Brown found a used, reliable SUV with a sticker price well out of the family’s budget. So he called owner Sam Pack to share the family’s struggling situation.

“Mr. Pack’s only question was simple, ‘Alan, is this a good car that will last them for a while?’ I said to Mr. Pack, ‘We have checked it over, and it has passed all of our standards. He said, ‘Great. Give them the car.’ "

Brown went back to the showroom, told the family that he couldn’t take their $7,500 because the dealership was giving the SUV to them.

“There wasn’t a dry eye on the showroom floor,” he said.

Let us all count our blessings. 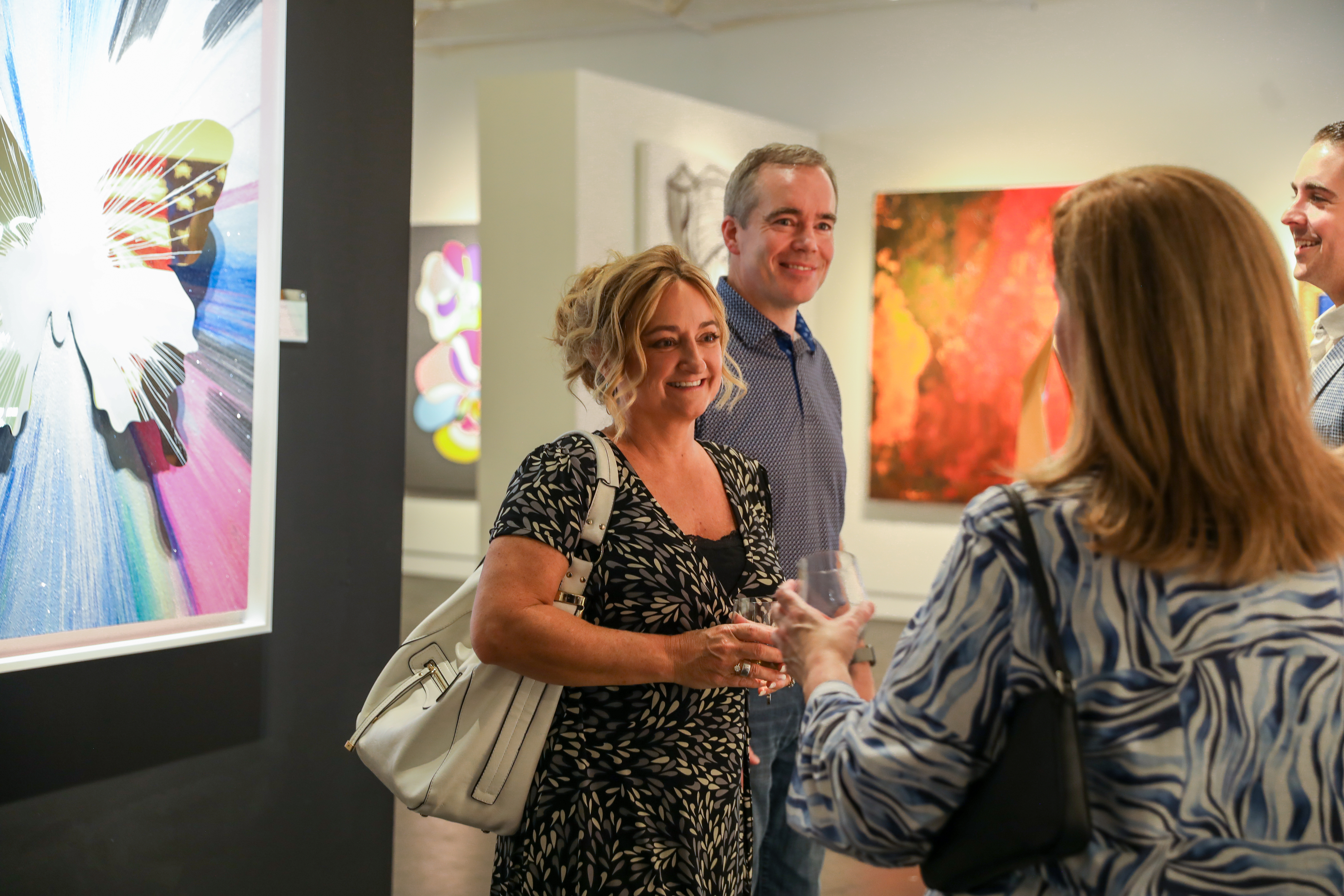 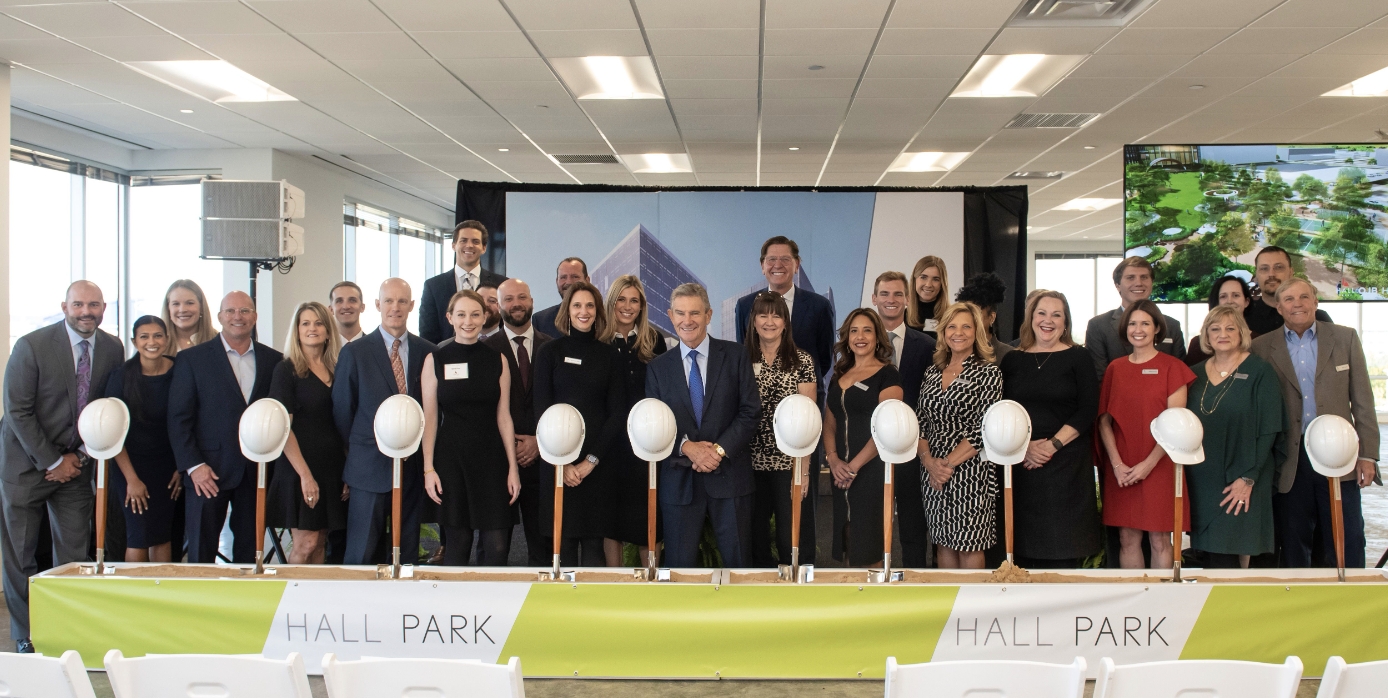 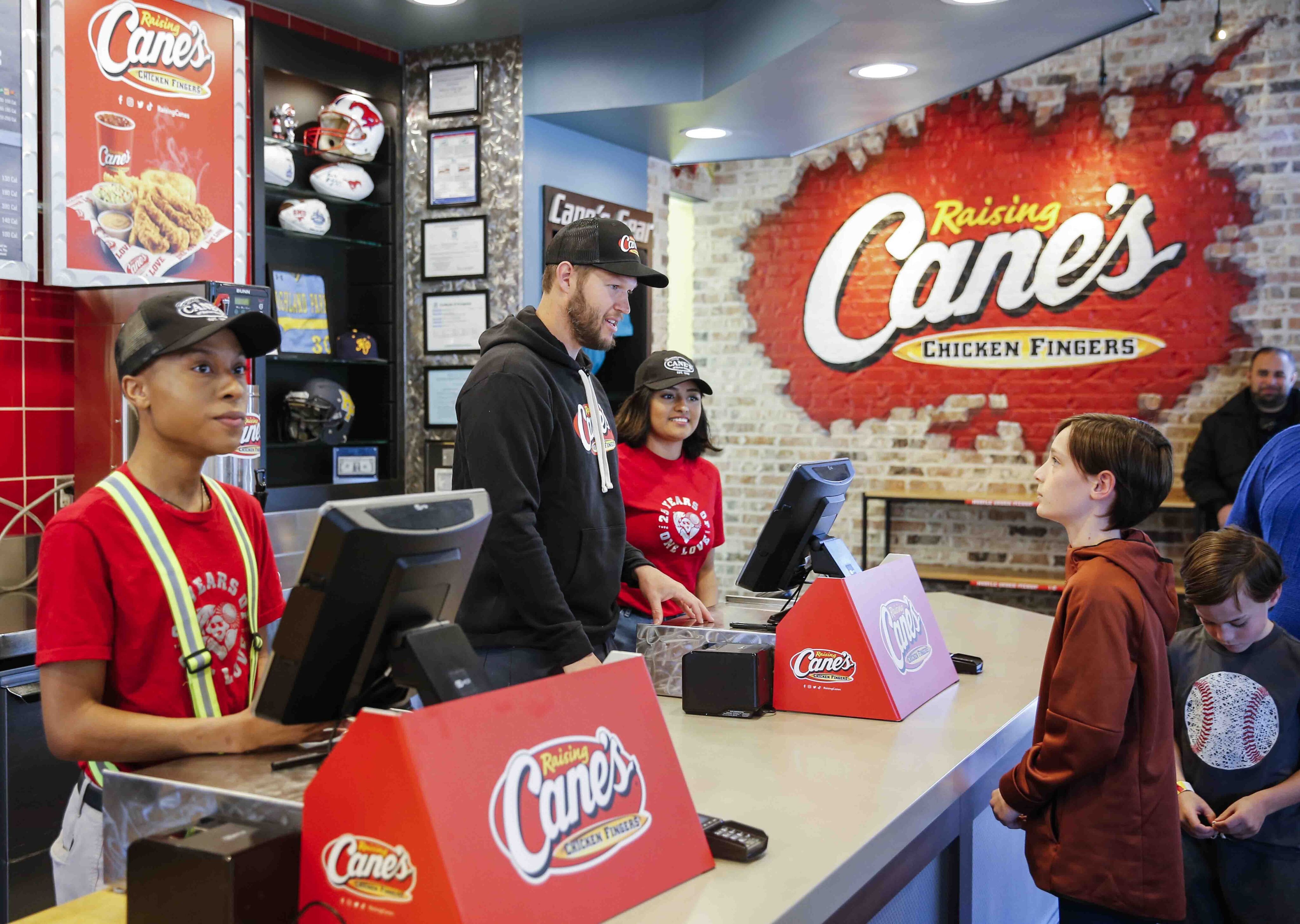 Raising Cane’s Chicken Fingers
The restaurant company based in Baton Rouge, La., is the only 14-time winner of the Top 100 Places to Work.

Cheryl Hall, Business columnist. Cheryl, a journalism graduate of SMU, has covered business for more than 45 years and gets her phone calls returned. She's won numerous awards including several Katies from the Press Club of Dallas and a lifetime distinguished achievement award from the Society of American Business Editors and writers.

Dallas, a mini Las Vegas? These 13 restaurants are in both cities

Why Texas Republicans must expand Medicaid

Would Cowboys release both Tyron Smith and Ezekiel Elliott? It’s a serious discussion

Would Cowboys release both Tyron Smith and Ezekiel Elliott? It’s a serious discussion