Marcus Baskerville of Weathered Souls Brewing Co. gets more than 1,000 breweries nationwide on board with the Black is Beautiful initiative.

Could the craft beer community help brew social change? Marcus Baskerville, co-owner and brewer at Weathered Souls Brewing Co. in San Antonio, thinks so. To raise awareness of injustices that many people of color face in society, Baskerville marshaled a coalition of breweries to co-produce a stout called Black is Beautiful.

Proceeds from the beer sales fund local foundations that support equality and inclusion, or ending police brutality. Baskerville provided the label and recipe, inviting breweries to make it their own, and choose their beneficiary. The response exceeded his expectations.

“Originally, when I brought up the idea to my business partner, I was expecting 200 to 250 breweries to participate. Now we are well past 1,000,” Baskerville says. So far, breweries from 50 states and 20 countries have signed on to make versions of Black is Beautiful, an imperial oatmeal stout. The Black is Beautiful website keeps a running list of participating breweries: 107 Texas breweries are on board, including 18 from North Texas, to date. 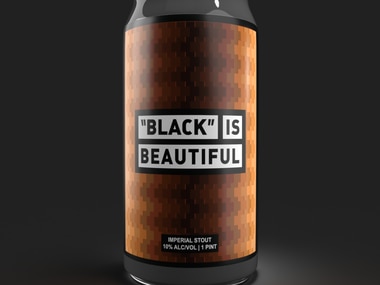 Black Is Beautiful Collab Day with our great friends over at Jester King! ❤️ - A little back story of Black Is Beautiful... “Initially, Marcus planned to make a single beer. But after speaking with Jester King’s Jeff Stuffings at Jester King Brewery — one of craft beer’s most vocal supporters and a man Baskerville credits as “a mentor” — Baskerville turned his project into a collaborative effort. - With Stuffings’ support, Baskerville was able to promote the initiative and reach a relatively large group of craft brewers in a short amount of time.” -Kenny Gould, Forbes - (Catch the entire story at https://www.forbes.com/sites/kennygould/2020/06/05/weathered-souls-black-is-beautiful-campaign-shows-racial-solidarity-in-craft-beer/) - Beer expected to release in a few weeks. Stay tuned! - 📷: @the_pagan_zymurgist

Baskerville, who is 35 and currently the only black owner of a Texas brewery, says Black is Beautiful is much more than a fundraising mission.

“The long-term goals ― past the beer and donations to charity ― are for creating spaces of inclusion, equality and respect for all people,” he says.

“The brewing industry is not that inclusive in the sense that there are not many people of color who work in it, and who consume [craft beer],” Baskerville says. “But speaking as someone who’s been drinking craft beer since 2006 and has been in the industry for six years now, I know it has the ability to be inclusive. And that can start with the breweries.”

He sees the Black is Beautiful initiative as a bridge connecting breweries and communities of color.

“Most minority beer drinkers typically don’t frequent tap rooms, and there are no marketing efforts, [aimed at them]. But since the Black is Beautiful initiative, I’m seeing 150 to 200 minority [customers] that I’ve never seen before in the taproom,” Baskerville says.

He’s confident that other participating breweries will reach new audiences who want to support this movement, too. Similarly, Baskerville says that charities benefiting from Black is Beautiful ― both financially and from increased social awareness ― now feel a connection with the breweries. “It has created a dialogue,” he says.

Inclusivity within the brewing industry is also part of the Black is Beautiful mission. “There are more than 8,000 craft breweries in the U.S., and fewer than 1% are black-owned,” Baskerville says. Black brewers are scarce in Texas, he says, noting that Jarrod Asberry of Peticolas Brewing Co. in Dallas is the only black brewer he has met at Texas Brewery Guild meetings. Asberry has been a brewer at Peticolas for 2 1/2 years, and he worked as a delivery driver at the brewery for more than two years before joining the brewing team. 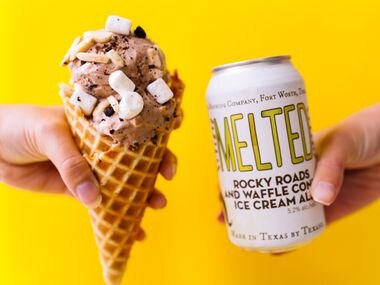 Ice cream beer? Fort Worth businesses team up for a sweet treat

Danii Oliver, a brewer with Arawak Taino indigenous roots who was raised on the islands of Trinidad and Saint Martin, says North Texas has a welcoming and creative brewing community. After seven years in the New York City brewing industry, where she founded Island to Island Brewery, she is in the process of relocating her brewery to North Texas. Following four years of frequent visits, she decided move here to escape “the extreme sexism, racism, ageism and classism” that she feels pervades New York City’s brewing community.

“I didn’t fit in with the paradigm there, and I didn’t feel accepted. But I’m able to breathe here. I’ve felt welcomed and wanted since I came here,” Oliver says. In the past four months, she has collaborated with five North Texas breweries on beer releases. She also teamed up with the North Texas chapter of The Pink Boots Society — an inclusive, women’s brewing industry group — to produce the double hazy IPA She’s Intense in collaboration with Hop and Sting Brewing Co. in Grapevine.

As for welcoming people of color who want to learn craft brewing, Baskerville is hopeful.

“Some breweries are taking [inclusivity] more seriously now, creating internships for people of color. The Texas Brewery Guild is also working on a diversity committee,” he says. “Changes are being made.”