It’s the second shop for the family-owned business, which debuted last year along Lancaster Road in Dallas.

Grand Prairie residents can celebrate Taco Tuesday (and on any other day of the week): Ixta-Tacos has opened.

The small restaurant, which debuted in April 2019 inside a convenience store in southern Dallas, has expanded, launching a second location in Grand Prairie.

The new location opened Monday, southwest of downtown Grand Prairie and east of the state Highway 161. 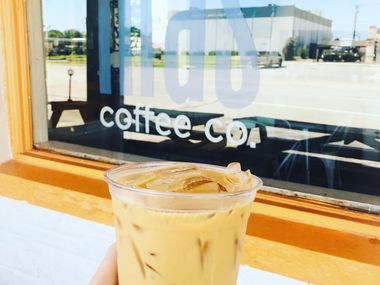 Mauricio Martinez and his wife Maria own the business, alongside their son, Maury. The restaurant’s specialties come from the elder Martinez’s native Ixtapan de la sal, Mexico.

From the Ixta-Taco (choice of meat, melted mozzarella cheese and cilantro) to flautitas (four small flautas with chicken, rice and beans), the menu is varied and inexpensive.

Even buzzy birria tacos, served here as a plate of five tacos filled with beef and melted cheese, with a side of consomé, are available Thursdays through Sundays.

“The birria tacos cook for 10 hours,” Maury Martinez said, who adds that the family-owned restaurant is a true labor of love.