Bring your iPhones; this restaurant has an eye-catching design.

Brothers with history in Deep Ellum are opening a new cocktail den in the Dallas suburbs, at the Shops at Legacy in Plano.

Eric Bradford, one of the two operators, was the general manager at Bomb Factory and Trees in Deep Ellum for a decade before partnering with his brother Dallas Hale on Ebb & Flow. Hale also operates Sushi Marquee in Frisco and a growing seafood chain named Shell Shack, which has eight restaurants, five in Dallas-Fort Worth.

Ebb & Flow in Plano is expected to open in March at the northeast corner of Legacy Drive and the Dallas North Tollway. It will move into the former Coal Vines. 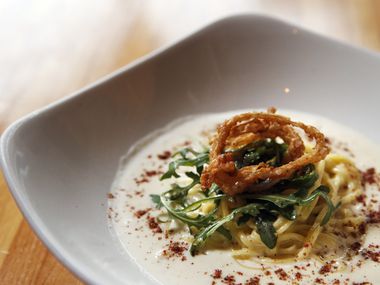 Plus: The owners of Rye will open Apothecary, a “loud, sexy” cocktail bar, on Lowest Greenville.
By Sarah Blaskovich

“Ebb & Flow was founded on the idea that good food, drinks and music — combined in the right atmosphere — can bring people together for conversation and celebrations,” Hale says in a statement. “The Shops at Legacy is a vibrant neighborhood that perfectly complements our ethos, and we believe that we can provide a comfortable place for locals to hang out with friends and make new ones.”

Like in Deep Ellum, the patio in Plano is expected to have a garden feel, with ivy and flowers. Expect it to be great for photos.

Ebb & Flow is expected to open in March at 7300 Lone Star Drive, Plano. 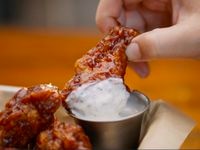