‘I’m proud of it’: How ‘Mama Nazy’ and her sons started Cafe Izmir 25 years ago

A trip to the U.S. from Iran turned into a longtime Dallas restaurant.

Shahnaz “Nazy” Movaffagh — or “Mama Nazy,” as employees and regulars call her — has been overseeing the pocket-size 1,200-square-foot Cafe Izmir on Greenville Avenue since it first opened 25 years ago on May 2. With the exception of holidays, she was at the restaurant until midnight every day of the week before the pandemic.

The restaurant has never had a walk-in refrigeration unit, so Mama Nazy routinely began each day at 9 a.m. by going grocery shopping for enough supplies to last one day in the kitchen.

In evenings during service, she was often ensconced at the end of the bar, where she would greet guests along with her two sons, Ali and Beau Nazary.

In the years since the flagship restaurant opened in 1996, the Nazary family opened seven more concepts, including a deli run by the brothers’ aunt and uncle; a nightclub called Casbah, which later moved next door to become Kismet; and two different downtown Cafe Izmir locations.

Only the original Greenville Avenue location remains open. After the second downtown restaurant was heavily vandalized in May 2020, and the landlord still wanted $15,000 in rent each month, the Nazarys walked away.

At the original restaurant, they subsisted for a full year on to-go orders while they spruced up the interior and patio. They relied on regulars to continue ordering Movaffagh’s Mediterranean tapas and hummus with cult-like popularity.

“We kept [the dining room] closed because of Mom,” Beau says. “As soon as we all got vaccinated, we made a deal with her: ‘You have to leave at 4.”

Even though Movaffagh is now 76 and uses a cane for support, she’s returned each day since dine-in resumed on March 9, keeping her eye on the food and adding ingredients when needed. She hates going home early now, but so far, she is keeping her end of the bargain. 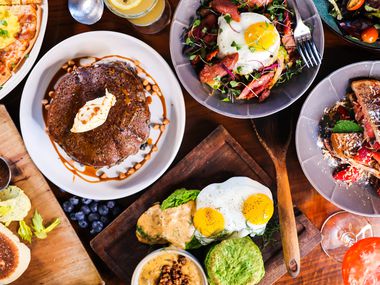 Movaffagh was 33 when she brought her teenage sons from Tehran, Iran, to Los Angeles in 1979 to determine whether she wanted to move her family to the U.S. It was meant to be a short trip, but within a couple of weeks after their arrival, the Iran hostage crisis began. The political standoff — along with the subsequent Iran-Iraq War — made contact with Movaffagh’s husband impossible for the next 10 years. She was cut off from money transfers, and the family quickly needed to learn English.

Movaffagh and the boys came to Dallas after someone told her about Dallas’ job market. Ali got a job as a busser and later as a bartender, and Beau started bagging groceries at Safeway until he became old enough to work at El Chico and ZuZu Handmade Mexican Food. Movaffagh worked two jobs for the next 10 years, one in a daycare center and another at a school cafeteria in Richardson.

Because the Nazary brothers had always worked close to home, co-workers were often invited over for lunch cooked by their mother. Beau says an offhand comment she made one day gave him and Ali an idea: “With all your friends coming over, we should open a restaurant.”

When Ali found the space on Greenville Avenue, Movaffagh compiled a still-extant recipe book in her native Farsi featuring dishes with Turkish, Persian, Lebanese, Russian and Greek influences. “We knew Mediterranean food,” Beau says. “We couldn’t call it Cafe Tehran at the time,” he says with a laugh, “But we had a lot of Turkish friends, so we decided Izmir would be neutral.”

The menu item for which Cafe Izmir is most known — the hummus — was new to Movaffagh when she began working on recipes. After she tried it for the first time, she said, “I can do better.”

“She didn’t even know what hummus was,” Ali says, “And now we make the best hummus in town. We call it Mummus.”

At one point, they noticed regulars weren’t ordering the hummus when they came in on dates — the same customers who otherwise would “eat the hummus through a straw,” Beau says. So they created “date night hummus” with a little less garlic.

“Mothers like to feed it to their babies,” Movaffagh adds. 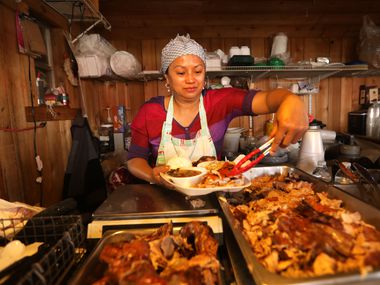 The restaurant has changed very little in its 25 years. In the beginning, there was a limousine for taking customers home if they drank too much. There also wasn’t a menu for the first six years. Guests instead paid $10 per person for an assortment of meats and vegetables.

Aside from that, Cafe Izmir has remained much the same. You’ll still find thick Turkish coffee, beef and saffron chicken kebabs, spicy cabbage rolls, and pomegranate shrimp in white wine garlic sauce — a recipe Ali says he used to regularly cook on local television on Thanksgiving mornings. They can no longer offer $2 tapas on Tuesday nights as they did for years, but they’re still trying to keep the Tuesday tradition alive with other discounts.

The head server who became their “to-go specialist,” Hadad Kiani, has worked at the cafe for 25 years, and another server, Nick Vollrath, has been there for 20. Alfonso Coronado, the main cook overseen by Movaffagh, has been in the kitchen for 22 years, and two of his sons have worked as bussers.

“We’re family,” Ali says. “Mom treats everyone like they are her sons, and she punishes them like her sons. If you mess up, she will make you wash dishes.”

The customers don’t stray either. People who once brought their kids are now bringing their grandkids, according to Beau.

Ali, who is blind and now travels as a stand-up comedian under the name The Blind Comedian, believes the family dynamic is the reason the original restaurant has lasted. “You go where people know you, and you know people.”

All of the employees have returned since the restaurant reopened, and once things are settled again and they feel ready to move beyond their self-imposed 75 percent capacity, the Nazarys are planning to open a to-go only spot, something Ali calls a “millennial-friendly concept.” They also hope to have a proper 25th anniversary celebration before the year ends.

“This family has been through a lot lately, but we are fighting to rebound,” Beau says. In addition to his mom’s age, his brother’s recent blindness, and the deaths of his aunt and uncle, keeping the original restaurant alive has been a challenge, to say the least.

“We were on a crash course to total collapse,” Beau says. “But the hardships we have been through makes our fight to bring Cafe Izmir back so much sweeter.”

Movaffagh is a woman of few words. When asked how she feels about the restaurant’s 25th year, she says, “I’m proud of it. We worked hard.”

When asked what she wants for Mother’s Day, she replies, “I see my sons every day. That is enough for me. I have the best kids in the world.”

“Especially me,” Ali immediately chimes in. 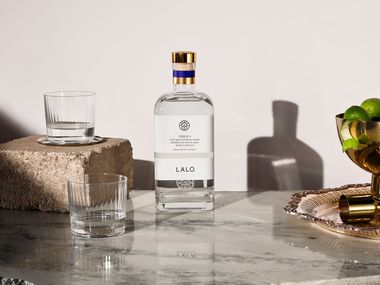 Slice down the middle of each shrimp, place in a strainer, and rinse off.

Add canola oil in saute pan and heat over medium-high. Add shrimp and cook 4 minutes on one side.

Pour pomegranate sauce over the shrimp and cook until sauce is reduced by 50%.