The nation’s No. 1 receiver had already missed two games and was set to miss another this week.

The five-star recruit announced Tuesday that he will forgo the remainder of his senior season so he can mentally and physically prepare himself for the next level of his football career.

Stewart played in only three games this season. He has missed two games, and was set to miss another one this week, for undisclosed reasons.

It’s a big blow to a Liberty team that is 5-0 this season and is ranked No. 9 in the area in Class 5A. Stewart, rated the third-best player in America in the 247Sports composite rankings, had 19 catches for 414 yards and three touchdowns in 2021 after catching 46 passes for 913 yards and nine touchdowns as a junior.

The wave of early departures actually began before this season. One of the state’s best running backs, four-star Texas pledge Jaydon Blue from Klein Cain, announced in May that he wasn’t going to play his final season in high school so he could focus on training.

Blue said in a Twitter post, “Football is a brutal sport, and the wear and tear associated with the RB position is undeniable. I plan to take this time to focus on my academics while enhancing my off the field training/rehab regimen.

“This is a strategic & conscious effort to ensure that I am prepared to perform at an elite level at the collegiate rankings during the 2022 season. ... This is an incremental step in hopes of one day fulfilling my NFL dreams.”

Ewers left Carroll so he could begin to profit off his name, image and likeness. The nation’s No. 1 recruit has already announced a multi-year partnership with Dallas health beverage company Holy Kombucha, has signed a three-year, $1.4 million NIL deal with GT Sports Marketing, and has signed with a Columbus, Ohio-area automotive dealership.

The UIL has said that state law prohibits agreements through which a student athlete would profit from name, image and likeness prior to their enrollment in an institution of higher education. UIL rules would cause the student to be ineligible in that instance.

But now, Stewart could begin to profit off of his off-the-field fame — if he wants to. He has 2.1 million followers on TikTok.

Just thinking, I vividly remember saying I could care less about NIL Bc I’m going to play football. That has been the plan and it has never changed, it was just that certain people were making it very hard to and my love for the game was fading day by day, so I chose to seek my❤️

If Stewart doesn’t run track in the spring, the state would lose one of its premier athletes. Stewart won Class 5A state titles in the long jump and as part of Liberty’s 4x400-meter relay team last season, and he also took second at state in the triple jump and 4x200 relay.

Stewart had a hand in all 54 points that Liberty scored as it won the boys team state championship. He was named The Dallas Morning News’ All-Area Boys Track and Field Athlete of the Year. 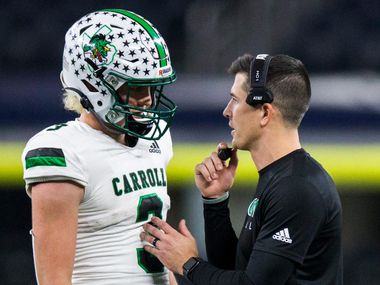 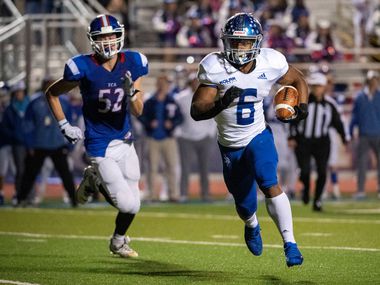 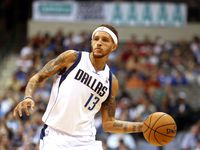