Nolan played five transfer players before their paperwork was approved by TAPPS.

The Fort Worth Nolan football team will have to forfeit three wins, including two district victories, after playing five players before they had their transfer forms approved by TAPPS.

“We’re extremely disappointed,” Nolan coach David Beaudin said. “Our athletic director, Jordan Hampton, actually reached out to TAPPS leadership to get guidance, and that included the president of TAPPS, the vice president and the director of compliance. All of them told us to play those students, because in their words, a delay in paperwork shouldn’t hold the kids up.

“All players were deemed 100% eligible. They always have been in terms of no wrongdoing. It’s simply we submitted on time, all the kids were here, and some reason [the paperwork] got hung up in TAPPS. Some schools didn’t sign off on it — the previous schools.”

Because of when the paperwork was actually approved, the DEC ruled Nolan must forfeit a nondistrict victory over Little Rock (Ark.) Catholic and district wins against Midland Christian and Bishop Lynch. Nolan had been 5-2 overall and had been tied with Parish Episcopal for first place in TAPPS 1-I at 4-0, but Nolan now falls to 2-5 and 2-2.

Midland Christian improves to 3-1 in district, leaving it tied with Plano Prestonwood Christian for second place. Bishop Lynch is now 2-2 in district.

The district decision was appealed to the TAPPS executive board, which upheld the district decision. Nolan was placed on probation through June 2023, but the school is eligible to compete in the playoffs this year. Probation just means that TAPPS will watch Nolan to make sure nothing similar happens in the future.

The Nolan community was informed of the forfeitures and the reason behind them in a letter that was sent by Hampton, interim president Kristy Webb and principal Leah Rios.

“Nolan Catholic is committed to playing fairly and within the rules set out by TAPPS. But for the delay in formal approval of their forms, these students were all otherwise eligible to participate,” the letter read. “The integrity of the games in which these students competed in prior to formal approval of their forms was not affected by their participation.” 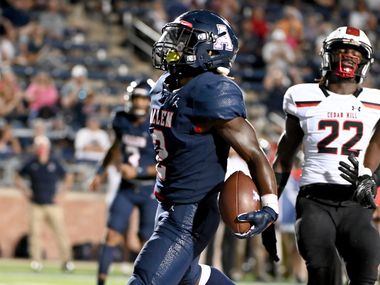 In Stars loss in Vegas, Tyler Seguin again scores in atypical fashion for him 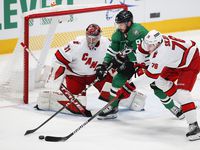