Nine players from the state of Texas were named to the honor roll — three more than any other state.

The state of Texas dominated MaxPreps Preseason All-America Football Team with nine honorees — three more than any other state. Three of those players listed come from the Dallas area.

Bowen, the No. 4 player on The News’ top 100, was named the all-area utility player of the year last season after he scored seven touchdowns (one on defense, three as a returner and three as a wide receiver) for 6A Div. II state runner-up Denton Guyer (14-2). A Notre Dame pledge at safety, Bowen had six interceptions and 59 tackles as a junior.

The area’s top kicker and punter, White — a Texas A&M pledge for football and baseball — was a first-team all-area honoree last season after he went 10-for-12 on field goal attempts with a long off 55 yards. He averaged 42.3 yards per punt and was a MaxPreps second-team junior All-American. He pitched for Carroll’s baseball team in the spring, and helped the team win its third 6A state championship in the last four seasons.

Cowboys’ Jerry Jones on Gavin Escobar, why he talks more than other NFL GMs and more 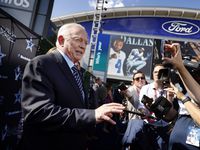 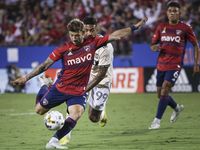 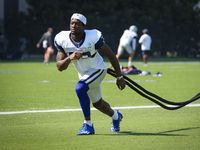 What is Kintsugi? The secret behind the Cowboys’ fitting theme for the 2022 season