Which undefeated teams will come out on top?

There are two matchups between undefeated teams this week, as Southlake Carroll takes on Keller and Argyle takes on Lake Dallas. Southlake Carroll and Keller both sit atop District 4-6A at 5-0 overall and 2-0 in district play. Carroll has won every game it’s played by at least 31 points while Keller hasn’t been fazed yet either, though it’ll have to overcome its toughest opponent of the year to remain undefeated.

Argyle (5-0, 1-0) and Lake Dallas (6-0, 2-0) are two of the four undefeated teams remaining in District 3-5AII. Lake Dallas hasn’t won seven games since 2018 but is off to its best start since 2007. Argyle remains the area’s top ranked 5A team after a bye week and has defeated three ranked teams already this season.

Can Waxahachie come away with a win in its tough stretch?

Waxahachie was fortunate to have a bye in Week 6, but having No. 4 DeSoto and No. 2 Duncanville as consecutive opponents wasn’t an easy draw for a team that ranked 10th among area 6A teams ahead of the DeSoto matchup.

Waxahachie fell 42-24 to DeSoto and now has to face state title contender Duncanville (4-0, 2-0), which it lost to 52-3 last season. Whether or not Waxahachie can keep up with Duncanville, its schedule only gets easier from here on out.

Since its one-point loss to New Braunfels in Week 1, Denton Ryan (4-1, 4-0) has demolished every opponent it’s played, outscoring its last four 193-24. Though Ryan has handled the four bottom-feeders of its district, it’ll now have to face District 3-5AI’s last remaining undefeated team, Burleson Centennial, which sits at 5-0 and 3-0 in district play.

Centennial has destroyed its opponents in a similar fashion to Ryan, also posting two dominant shutout wins. The question remains whether Ryan will be able to bring that same power against a team that has shown promise in the first half of the season.

Top teams look to stay sharp against easier slate ahead

With many of the top matchups of the season behind them, some of the area’s top teams have already established themselves as the clear district frontrunner. In 10-6A, Rockwall distanced itself with back-to-back wins over Rockwall-Heath and Mesquite Horn. In 7-6A, Highland Park cleared its road to the district title after taking down Jesuit and Lake Highlands. And in 4-5AII, Grapevine’s win over Colleyville Heritage in the Battle of the Red Rail leaves its destiny in its own hands, as it only has Fort Worth ISD teams left to play.

For these teams, while the talent of their opponents may drop off starting this week, they look to keep the intensity and strength of play in the week leading up to the playoffs. Highland Park takes on Richardson Berkner, Grapevine has Fort Worth Polytechnic and Rockwall has Tyler Legacy — none of which are above .500.

Even though they may be the heavy favorites to claim their respective titles, anything can happen on any given Friday.

The final hurdle: Parish Episcopal is one win away from fourth consecutive state title

2022 TAPPS state football championship previews: How each team got here, players to watch 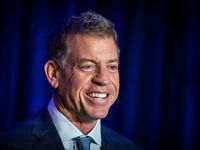 Warriors’ Draymond Green fined for obscene language toward a fan during game vs. Mavericks 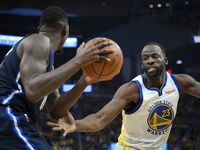 3 transfer questions for SMU before the portal opens: How many transfers will be added? 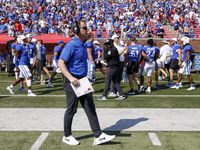 Haunted by their last meeting, K-State’s ready for another chance vs. TCU, Kendre Miller 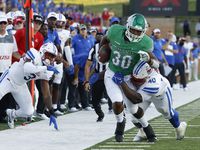 Wardrobe challenge: North Texas weather to go from warm to cold into next week

3 transfer questions for SMU before the portal opens: How many transfers will be added?