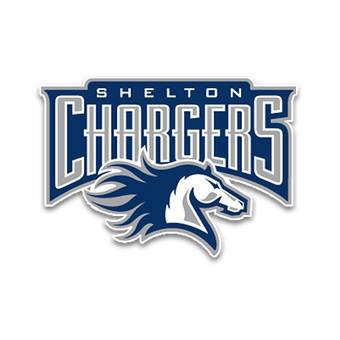 Shelton
Chargers
22
Senior Andrew Osborne ran for three touchdowns (5, 5, 1 yards) as Dallas Shelton opened its season with a 22-6 victory over Austin Crusaders Homeschool in a non-district matchup Saturday afternoon at Charger Stadium.
A safety -- the Austin Crusaders punter stepped out of the end zone -- with one second left in the first period -- opened the scoring, and Osborne's first TD 29 ticks before intermission gave Shelton a 9-0 halftime advantage.
Midway in the third stanza, Osborne, who finished with a game-high 83 yards on 12 carries, added his second five-yard TD run, and sealed the win on a one-yard plunge with 1:00 left in the contest.
Shelton (1-0) did not attempt a pass in the second half, amassing 165 rushing yards on 26 attempts, after gaining 60 on the ground in the first half on 15 carries. Defensively, the Chargers stifled the Austin Crusaders on the ground, resulting in a minus 91 yards on 17 rushes.
Shelton, guided by former NFL Offensive Lineman Marco Rivera, who is in his first year at the helm after serving on the team's staff the past seven years, the first three as a volunteer Assistant Offensive Line Coach, and the last four as Assistant Head Coach/Offensive Line Coach. Rivera was selected as a member of the Green Bay Packers 2000s All-Decade squad and is in the team's Hall of Fame, playing his final two NFL seasons with the Dallas Cowboys.
Austin Crusaders Homeschool (0-1) is a Round Rock independent playing its first season in 11-man football.