This is the fifth consecutive year the university has posted record freshman enrollment.

The University of Texas at Arlington enrolled its largest-ever freshman class and a record number of new international students this fall.

Total enrollment for the fall is 41,515, the university announced in a press release Tuesday.

This is the fifth consecutive year the university has posted record freshman enrollment, according to the release.

“We are the pre-eminent urban research university in North Texas,” Troy Johnson, UTA’s vice president of enrollment management, said in the release. “More and more students from both inside and outside of Texas are learning about our exceptional research and academic opportunities.” 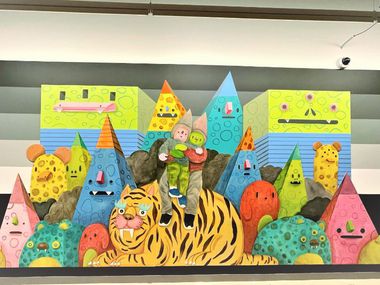 The piece depicts small children surrounded by helpful spirits guiding them on their journey.
By Sarah Bahari