How much will the Texas bullet train cost? Curious Texas tackles this and other questions about the line

If hurdles are cleared, North Texans could be making the under 90-minute trip to Houston as soon as 2026, says the company leading the project.

Updated Monday, Feb. 17: Revised to include new details about the train.

It’s been discussed in North Texas for years — a high-speed train that could get someone from Dallas to Houston in just 90 minutes.

The talk could become reality soon, according to Texas Central, the company developing the line.

Naturally, North Texans have questions about it. Curious Texas asked Dallas Morning News readers what they wanted to know about the train, and they delivered.

Here are answers to some of the most popular questions.

How much will a train ride cost?

Like buying a plane ticket, prices will depend on several factors, such as the class of service and how far in advance the purchase is made, Texas Central says.

With those parameters in mind, it could be assumed that a ticket could cost as little as a tank of gas, or as much as a $200 flight.

How many people will fit on the train?

The rail line will use the latest model of the Shinkansen train. In Japan, that model — called the N700S — seats over 1,300 passengers. It will be adapted for Texas.

Modifications could include extra air conditioning and wider seats, according to Holly Reed, Texas Central’s managing director of external affairs. Wider seating could mean a smaller capacity than the train used in Japan.

The Texas-version of the train will not have a middle seat and almost a foot of extra legroom than flying coach on most airlines, according to Texas Central.

“People will be able to get up without bothering their neighbor,” Reed said.

Train cars will have free wireless internet, all seats will be able to recline, and cars can be configured to “quiet cars," according to Texas Central.

What path will the train take?

The latest proposed route spans 10 counties from Dallas to Harris counties, with a stop near College Station. Portions would run near Interstate 45, others much farther west. The route is under review by the Federal Railroad Administration.

Texas Central maintains it plans to build and operate a route that is least impactful to the environment and communities.

Where will the train make stops?

Exact addresses are undetermined, but Texas Central has revealed their general locations.

Dallas’ stop is expected to be in the Cedars neighborhood, south of Interstate 30 near downtown. The train will stop near state highways 30 and 90 in Grimes County, equidistant to College Station and Huntsville. Texas Central plans to have direct shuttle service to Texas A&M University, about a 30-minute drive away from the station in Grimes County.

The Houston stop would be in the city’s northwest side, near the interchange of U.S. 290 and Interstate 610.

How long will it take to build?

“We’ve had our heads down working on this for a long time,” Reed told The News in December. “The conversation has shifted from, ‘Is this really going to happen?’ to ‘When can I ride it?’”

Texas Central is waiting on federal approval of the project’s environmental and safety aspects. If those are cleared by summer, groundbreaking could begin in the fall. After that, North Texans could be making the under 90-minute trip to Houston as soon as 2026, the company said. 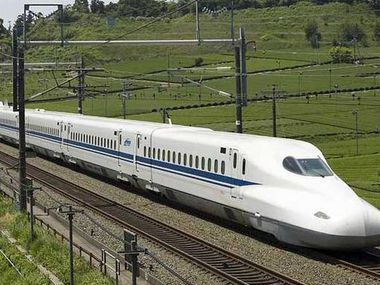 Could a bullet train from Dallas to Houston actually improve Texas’ environment?

Patrick McShan, a Dallas attorney with The Beckham Group, does not believe the train’s groundbreaking will happen so soon. McShan represents Texans Against High-Speed Rail, which opposes building the line. He believes that Texas Central will face more legal battles and that the project could end up before the Texas Supreme Court.

“What has changed about the project? Our view is nothing,” Brady said. “Nothing’s changed in the project to give them eminent domain [to build].”

On its website, Texas Central says it plans to use eminent domain “only as a last resort.” 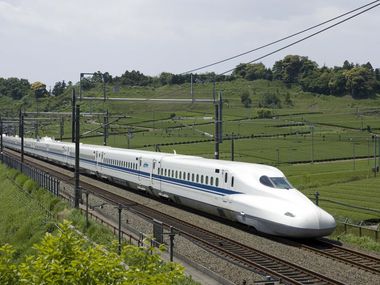 Will pets be allowed on the train?

What should we answer next?

Jesus Jimenez, Staff Writer. Jesus Jimenez began working for The Dallas Morning News in 2018. He currently covers weather and how climate affects Dallas-Fort Worth. He is a graduate of the University of Texas at Dallas.

We are currently revamping our comment system and it will return soon. In the meantime, you can provide feedback here.

If you have a comment specifically about the story you just read, we encourage you to submit a letter to the editor.

Get the answers to the the biggest questions about the culture, people and institutions of North Texas.