Opponent of the controversial proposal said Texas House education committee Chair Rep. Harold Dutton, D-Houston, is “playing political games with kids’ lives” by retaliating after a proposal of his was blocked Thursday.

AUSTIN — In a stunning reversal, the Texas House Committee on Public Education approved a highly controversial bill Friday that would require young transgender athletes to compete only on teams that match the sex designated on their original birth certificate.

The surprise vote on the bill that would prevent transgender athletes from competing on teams that align with their gender identity came three days after the proposal failed to receive enough votes and appeared to die in the same committee. By Friday morning, the bill was revived in a formal meeting without a livestream after an 8-5 vote in what appears to be retaliation from Chair Rep. Harold Dutton, D-Houston, against his own party.

Before calling the proposal to another vote, Dutton noted a bill he authored that would essentially guarantee the ouster of Houston ISD’s school board. The bill was sent back to committee Thursday after a point of order was sustained as it faced opposition from fellow Democratic lawmakers.

“I don’t know how big this problem is, and I wish I did because I’d be in a better position to make this vote,” Dutton said. “But I can tell you this: The bill that was killed last night affected far more children than this bill ever will.”

Dutton added, “So as a consequence, the Chair motions that Senate Bill 29 as substituted be reported favorably to the full House … Show the Chair voting aye.”

Republicans hold a narrow 7-6 advantage on the committee. After refraining from a vote Tuesday, Dutton was the only Democrat to vote for the measure Friday. Dutton paired with an additional vote from Rep. Dan Huberty, R-Houston, who was absent and did not vote earlier this week.

Dutton did not immediately respond to a request for comment. This unexpected vote now sends the proposal from Lubbock Republican Sen. Charles Perry to the full House, beating the Monday deadline for legislation to clear House committees. The Texas Senate passed the bill in April. If the bill passes the House, and the Senate approves any changes, it will head to Gov. Greg Abbott, who already has said he would sign the bill.

LGBTQ advocates and Democratic lawmakers alike voiced their disdain for the political move to pass the controversial measure out of spite.

“Rep. Dutton should be ashamed of this effort to bully trans kids under any circumstances, but to move forward with SB29 out of spite after an embarrassing defeat to another one of his bills is especially cruel. He is playing political games with kids’ lives,” said Carisa Lopez, political director at the Texas Freedom Network. 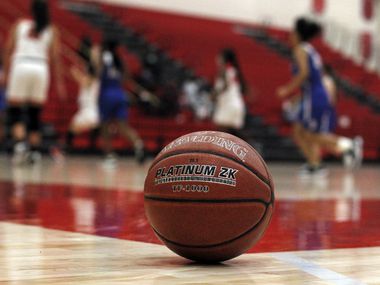 By Elizabeth Thompson and Alex Briseno

“Targeting trans youth puts this already vulnerable group of students at risk of further harassment and needlessly denies them the opportunity to experience the important social and emotional benefits that youth sports can provide to all children,” Turner’s statement said.

Democrats on the panel voiced their concerns earlier this week. Rep. James Talarico, D-Round Rock, called the issue a “manufactured problem,” before the bill failed to receive enough votes.

“The only reason we’re doing this is because certain Republican legislators … want to brag to their far-right primary voters that they hurt trans kids, the same voters who think the election was stolen,” Talarico said. “There’s no other purpose in this bill than to hurt kids, and I didn’t come here to hurt kids.”

But by the end of the week, the Democrats’ efforts weren’t enough to prevent the committee from passing the bill with the additional votes from Huberty and Dutton.

Supporters of the bill say this proposal is meant to protect girls from getting injured by transgender girls. In a statement from the Texas Pastor Council, which pushed for the bathroom bill in 2017, applauded Dutton’s decision to reconsider the legislation they consider “common sense and common decency.”

“We are very pleased and thankful to Chairman Dutton and Rep. Huberty for bringing the bill to a vote and other committee members who voted to protect our girls in Texas school sports,” the Texas Pastor Council said in a statement. “The escalating incidents around the country of having biological males who, without any requirements of physical alteration, are allowed access to girls, locker rooms, showers and playing fields, requires immediate preventative attention in Texas and we urge this bill now move to the full House for a timely vote.”

The University Interscholastic League (UIL) already has stringent policies in place for transgender athletes. While lawmakers in support of the bill say the measure simply codifies the UIL’s standards, athletes who are transgender can currently compete on teams that align with their gender identity if they obtain a court order to change their birth certificate. This proposal would end that by requiring student athletes to provide birth certificates that were designated at or near birth.

Opponents to the bill continue to ask for specific cases of transgender girls negatively affecting sports in Texas and call this issue a solution looking for a problem.

In forcing young Texas athletes to compete on teams based on their original birth certificates, LGBTQ advocates say this proposal unfairly focuses on transgender youth by preventing them from competing with teams that accurately reflect their gender identity.

Marques’ statement continued, “We saw this play out in 2017 when threats of the infamous anti-LGTBQ bathroom bill cost businesses important revenue and damaged the state’s reputation on a national scale.”

Friday’s vote comes as several other states –– Tennessee, Arkansas, West Virginia, Mississippi and others –– have either approved or are working on similar bills. In an effort to appeal to conservatives, opponents to the bill explain that this legislation, beyond targeting transgender youth in Texas, is also expected to result in similar financial ramifications as the bathroom bills.

Texas’ continued efforts have been met by the NCAA, who have already made it clear that they are following the actions taken by states across the country.

“When determining where championships are held, NCAA policy directs that only locations where hosts can commit to providing an environment that is safe, healthy and free of discrimination should be selected,” the NCAA Board of Governors said in a statement last month. “We will continue to closely monitor these situations to determine whether NCAA championships can be conducted in ways that are welcoming and respectful of all participants.”

The Texas Senate passed the measure three days after the statement was issued. Now it heads to the full House after passing out of the public education committee. With Texas slated to host a College Football National Championship and three Final Fours between now and 2025, the total economic impact could surpass $1 billion, experts project.

Christy Mallory, legal director of the Williams Institute, a think tank at the University of California Los Angeles (UCLA) that is devoted to LGTBQ issues, said if bills such as this one become law, they are almost guaranteed to face legal challenges. Beyond that, Mallory also said that looking at the multi-million-dollar economic consequences North Carolina faced for its bathroom bill could be a preview of what’s to come for the several states moving forward with these measures.

“We saw a lot of that kind of fallout around HB 2 and similar responses from the business community, other state residents around other proposed legislation that looked like HB 2,” Mallory told The Dallas Morning News in April. “I would expect that to continue as well, not just in Texas but more broadly.”

Alex Briseno. Alex Briseño is covering politics in Austin for The Dallas Morning News. He was born in Seguin, Texas, and is a recent graduate from the University of Texas at Austin. During his time at UT, Alex interned at Sports Illustrated, freelanced for newspapers across the state and spent four years at the student newspaper, The Daily Texan.