Construction of the new deck park west of St. Paul Street over Woodall Rodgers Freeway and other improvements is slated to start in December and be completed in August 2024.

The City Council on Wednesday approved more money for an estimated $100 million expansion of downtown Dallas’ Klyde Warren Park that will add a large pavilion, more green space and other features to the area.

Construction of the new deck park west of St. Paul Street over Woodall Rodgers Freeway and other improvements are slated to start in December and be completed in August 2024. The work is being led by the Texas Department of Transportation, which estimates the modifications west of the park alone could cost at least $57 million.

The 5.2-acre park, built on a highway overpass with views of the city’s skyline, opened in 2012.

On Wednesday, city officials approved seeking $30 million in federal money via the North Central Texas Council of Governments to help pay for the 1.7-acre expansion. 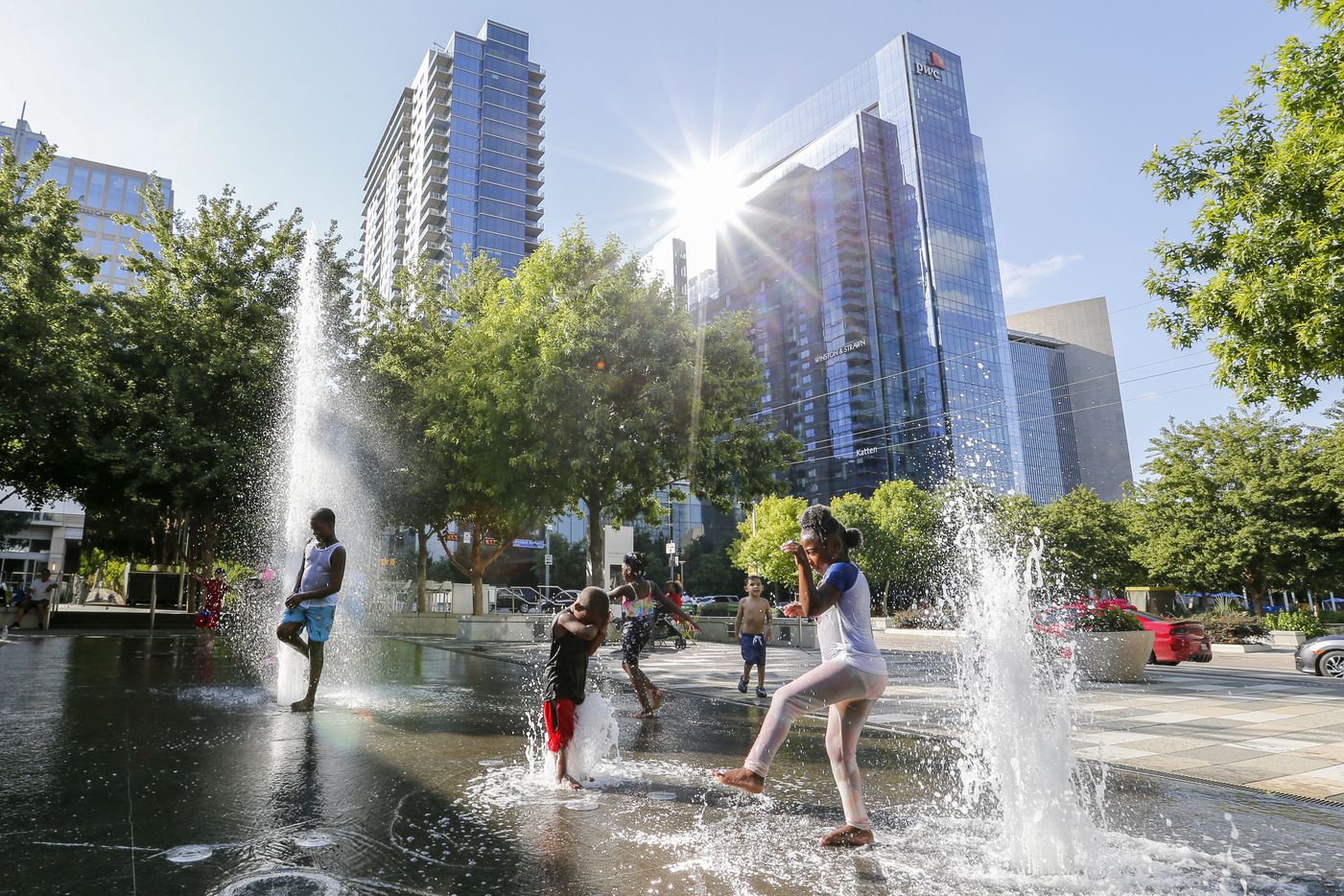 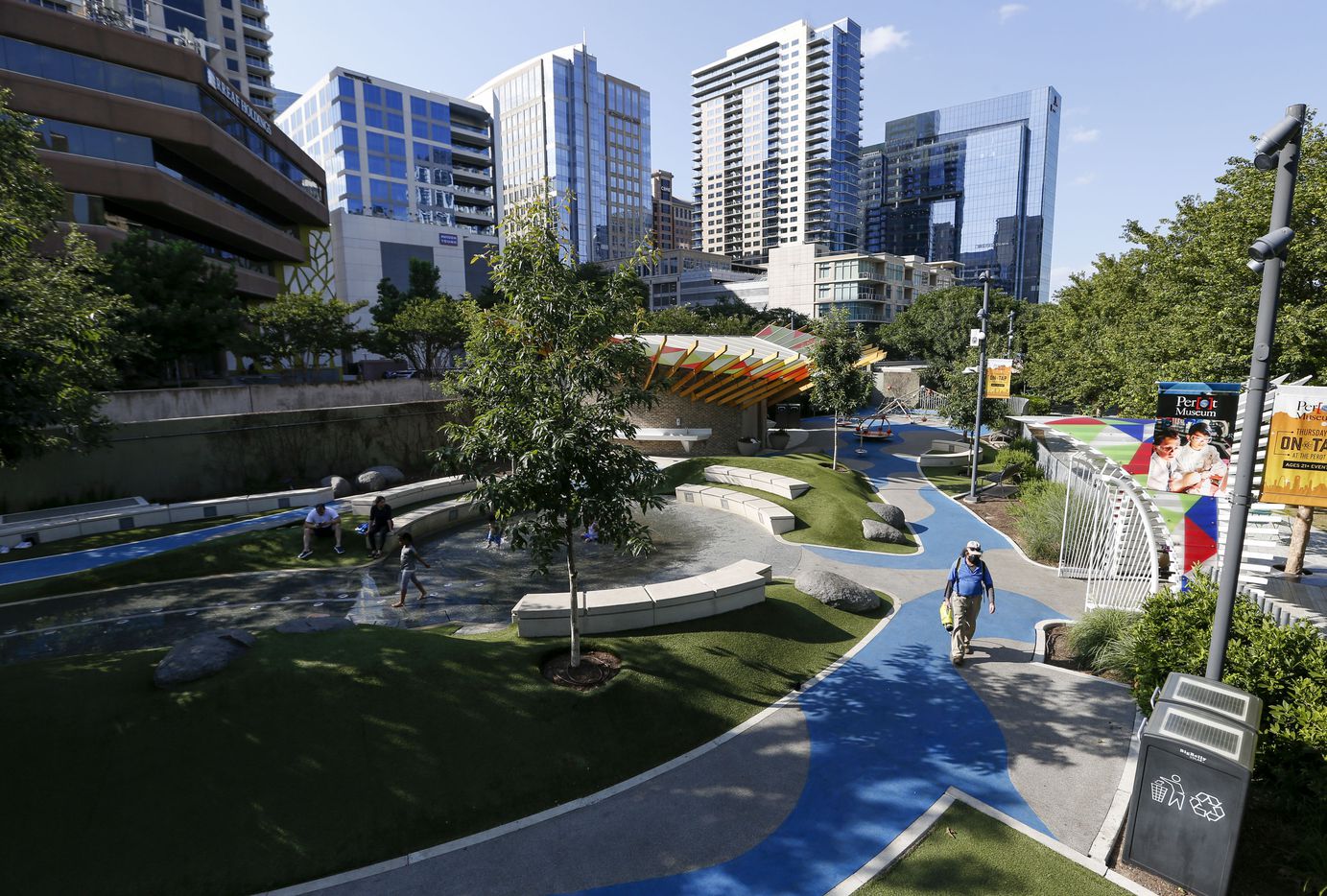 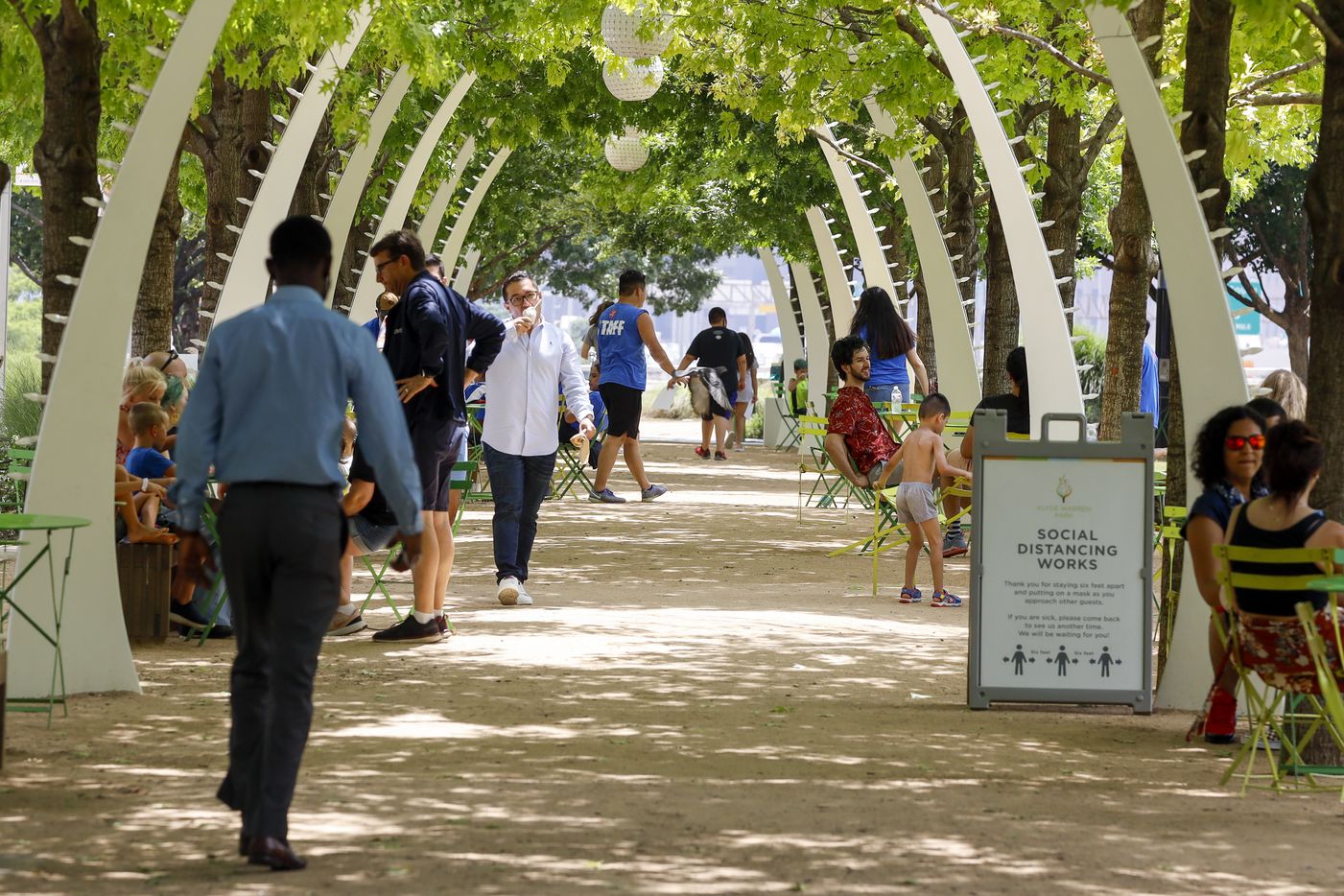 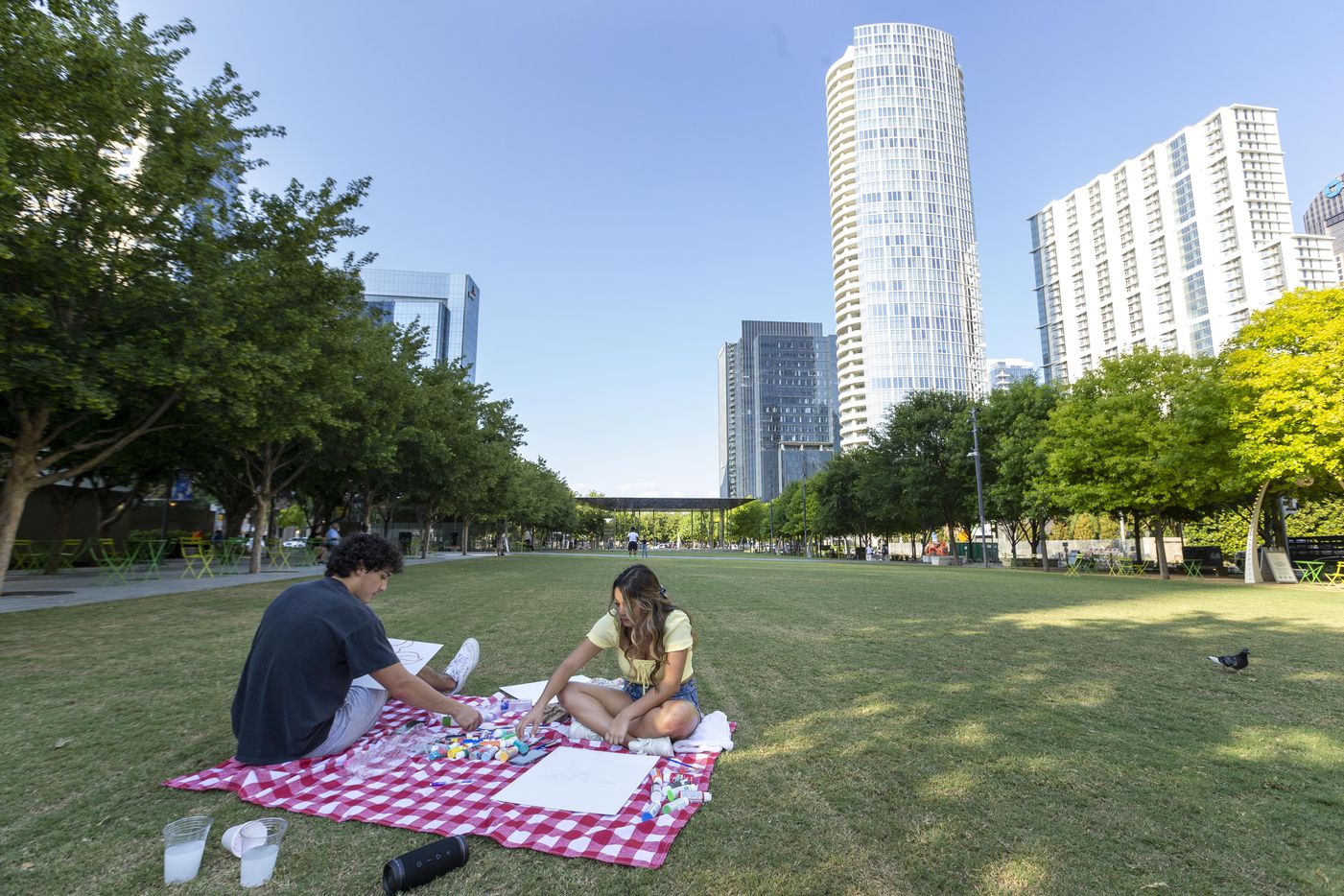 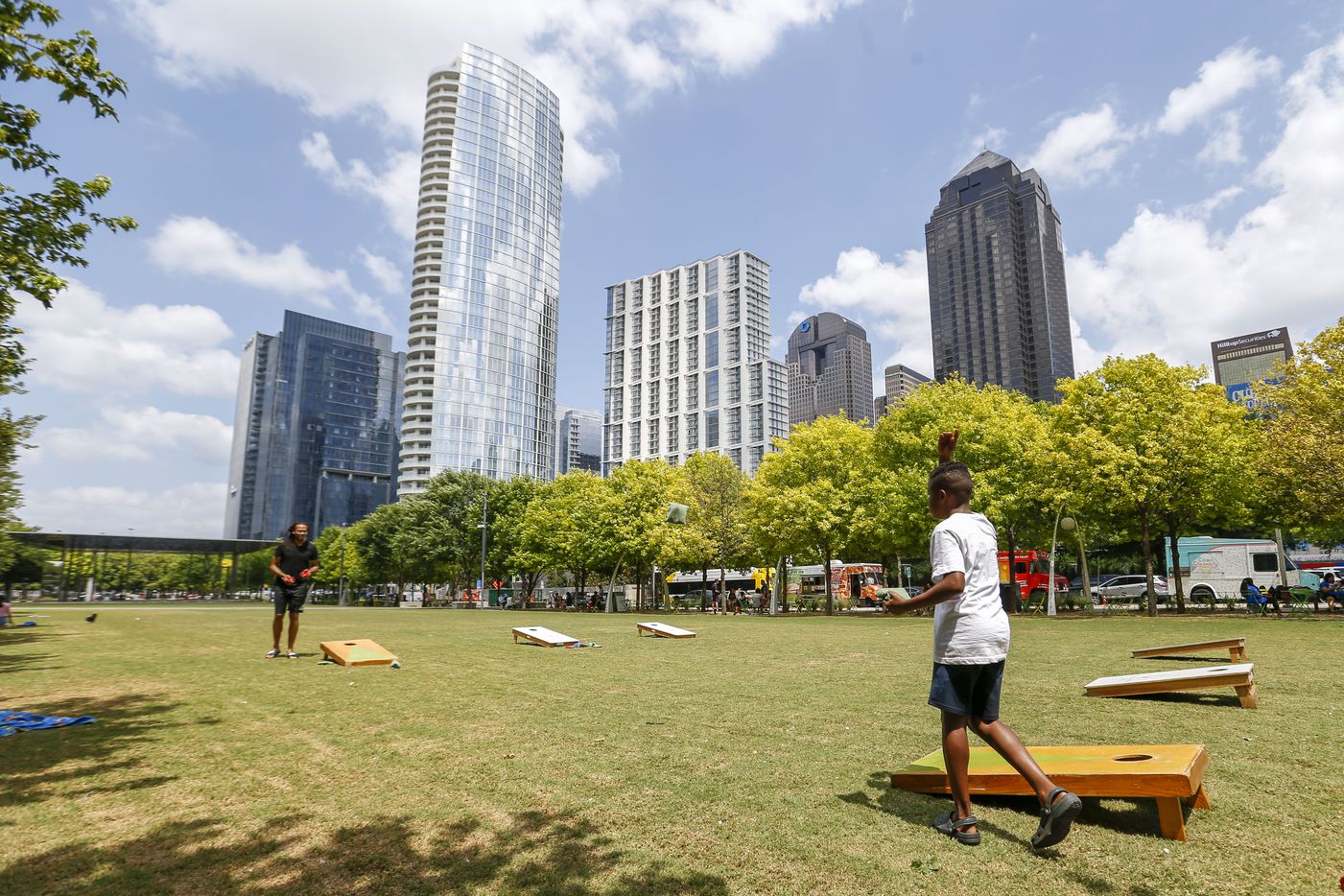 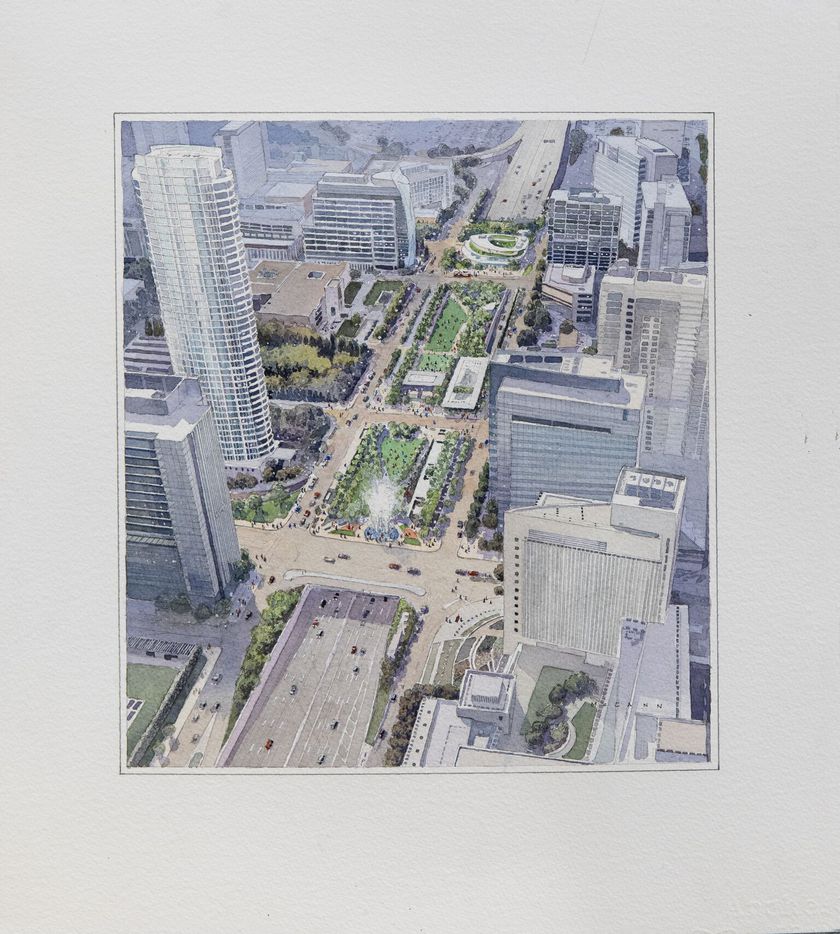 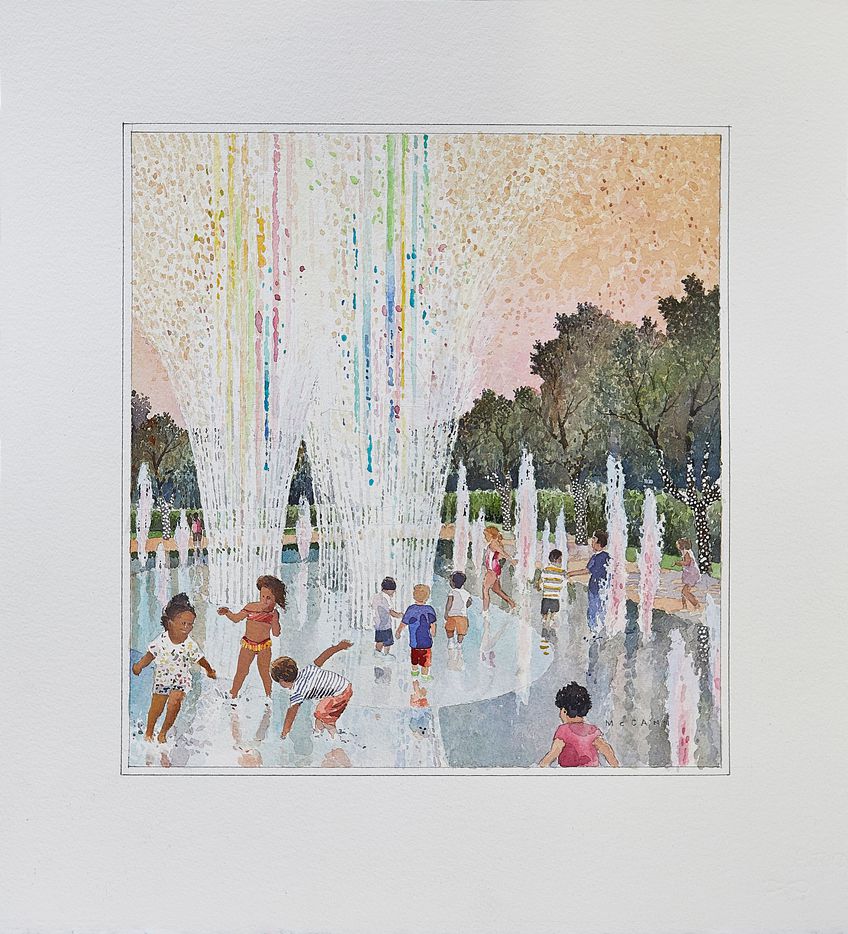 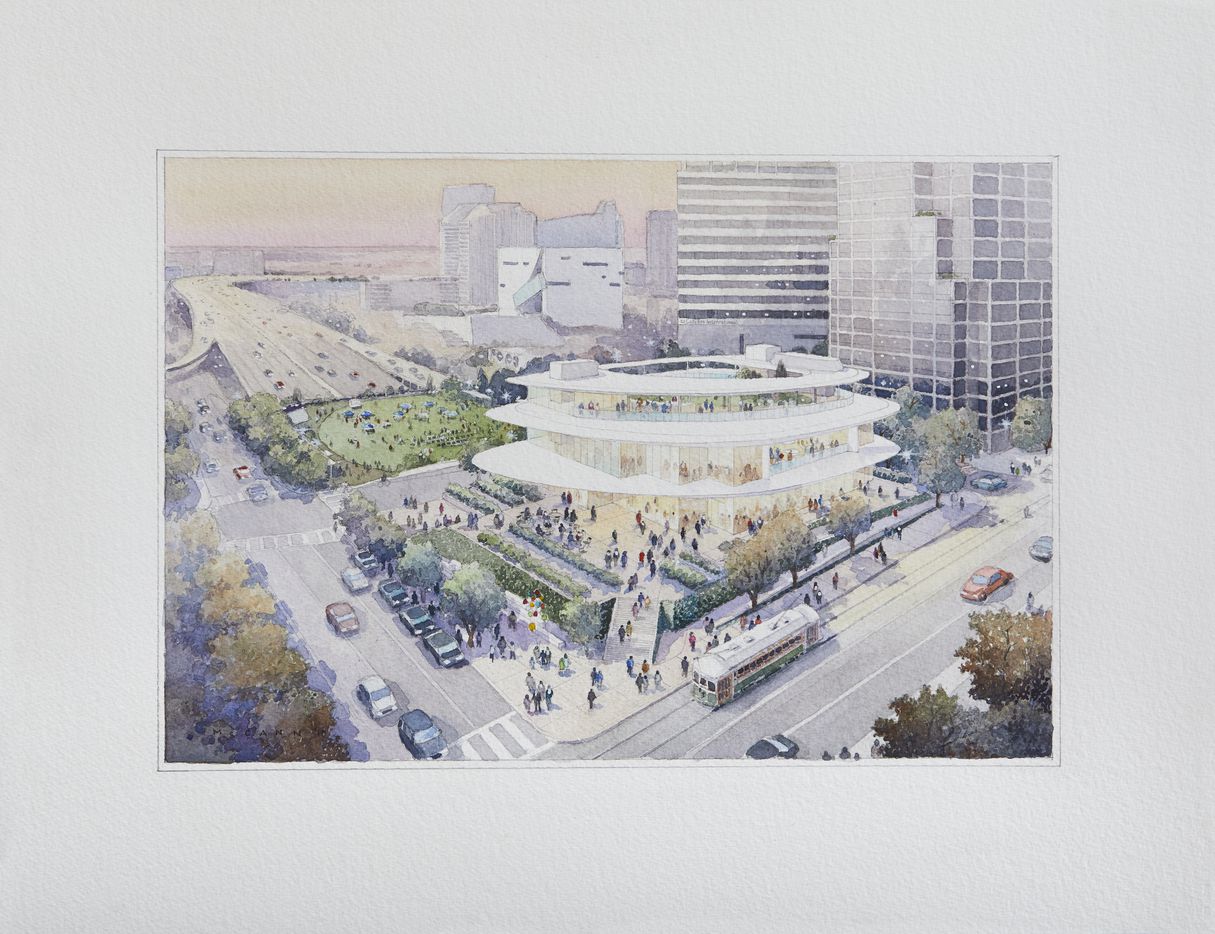 9/10Rendering shows the relation of The Jacobs Lawn to The Pavilion, which sits between St. Paul and Akard. The Jacobs Lawn is to the west of Akard, covering the last recessed part of the freeway.(Courtesy of Klyde Warren Park) 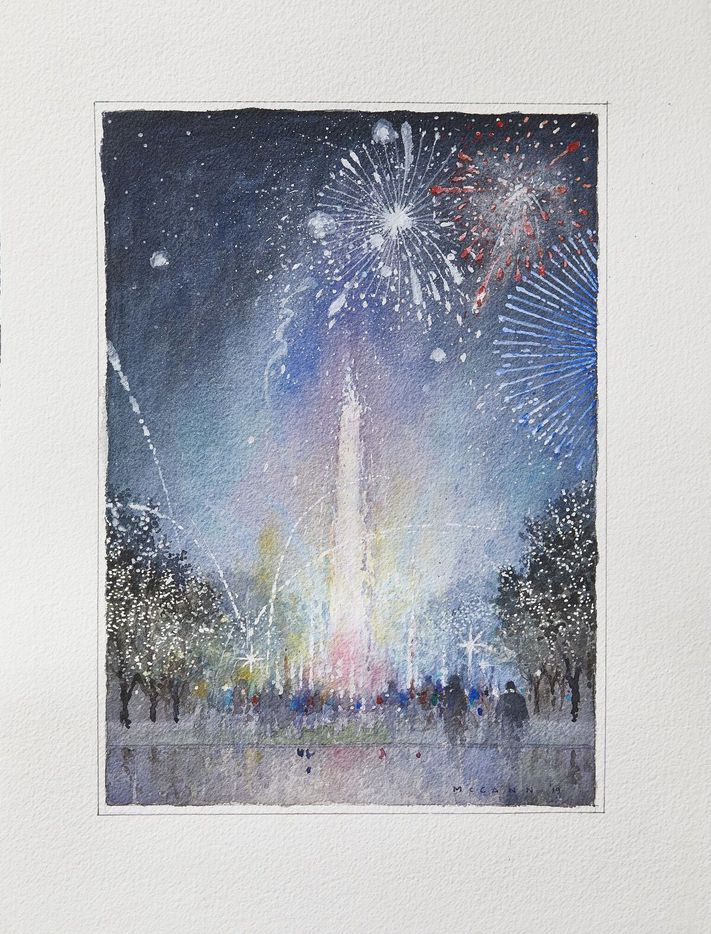 The Woodall Rodgers Park Foundation, which manages Klyde Warren Park, is expected to kick in another $10 million and TxDOT close to $9 million, and city bond money will provide nearly $8 million. Private donations are expected to cover the bulk of the rest of the overall project costs.

The approved deal calls for $10 million of the federal block grant funding being repaid after the expansion is done — $3 million from Dallas tax increment financing revenues and $7 million from the Woodall Rodgers Park Foundation.

The council also approved changing city rules to allow tax increment financing money to be used for the project. The money would come from the City Center TIF District, which covers parts of the Lamar Corridor and West End Historic District and is meant to promote redevelopment and growth within those boundaries. Klyde Warren Park sits nearly half a mile outside the TIF district.

The TIF district’s board of directors in January approved moving the proposal forward to the council, saying the park is a public assembly area that serves downtown and the expansion will benefit the area.

The new deck park area will have a multilevel, 35,000-square-foot pavilion with a parking garage, a VisitDallas visitors center, event space and a rooftop lawn and terrace. Across the street will be a new park, the Jacobs Lawn, of around the same square footage that will feature an ice skating rink in the winter.

The existing children’s park will be expanded and the dog park will be relocated nearby to make room for a “super fountain” that will shoot water close to 100 feet into the air. The fountain is being built from a $10 million private donation.

Klyde Warren Park cost $112 million to build, with $55 million in private funds, $20 million each from the city and TxDOT and $17 million in federal stimulus money. The foundation estimates that the park has generated $2 billion in economic development.

Dallas currently pays $1.2 million a year for maintenance and inspection of the freeway tunnel under the park.

City staff said Wednesday that the expansion would add another $225,000 in annual inspection expenses.

Mendelsohn said she found the latest cost by accident.

“While I definitely support the deck park, I don’t feel like that financial information was easy for us to find and consider,” she said.

City Manager T.C. Broadnax said staff will make sure all associated project costs are more clearly stated in city documents. He also said the council should have an expectation that someone has to pay for the upkeep of city projects.

“The reality is anything we build or open, we’ve got to maintain,” he said. “The sad part is, we haven’t always done that.”