Taxpayers may also see increase their homestead exemptions on school taxes. Abbott got most of his agenda but legislators failed to pass a ban on vaccine mandates.

The Texas Legislature adjourned a third special session early Tuesday morning after passing a new Texas congressional map and a compromise tax relief plan that would increase homestead exemptions on school taxes to save the average taxpayer $176 a year, if approved by voters.

The 30-day special session was due to expire at midnight Tuesday, but lawmakers rushed through the last few bills to easily beat the deadline. The Texas House adjourned “sine die” at 12:45 a.m., in honor of retired Army Gen. Colin Powell, who died of COVID-19 complications on Monday. The Senate adjourned about six minutes later.

Another special session is not expected, although Gov. Greg Abbott didn’t get his way on all of his agenda items, including a ban on vaccine mandates. Lt. Gov. Dan Patrick wished senators “Happy Thanksgiving and Merry Christmas.” House Speaker Dade Phelan noted the tiredness of members and how they look forward to returning home.

The new Texas congressional map is on its way to Abbott after the Texas House and Senate signed off on a plan Monday night that would lock in an overwhelming Republican edge for a decade. The plan protects incumbents, but doesn’t reflect the state’s population growth that was powered by minority residents.

The vote for the new map — mostly along party lines in both chambers — came despite the fact that Texas’ two new seats stem from growth in the Hispanic population. The map allocates 24 of 38 U.S. House seats to the GOP. 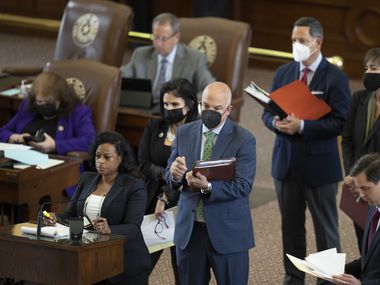 Maps also passed earlier in the 30-day session and sent to Abbott would give the GOP comfortable edges in the Texas House, Senate and State Board of Education. All the maps are likely to face legal challenges. The first lawsuit, by the Mexican American Legal Defense Fund, was filed Monday -- even before the Congressional map was approved by legislators.

Lawmakers also late Monday approved the deal between House and Senate leaders that resolved one of the last sticking points for the money bills being considered in the year’s third special session. Property tax relief was Lt. Gov. Dan Patrick’s top priority. The Senate wanted to buy down school maintenance and operation rates for a year, using unspent state money. But the House belatedly proposed using $3 billion from the state’s share of President Joe Biden’s American Rescue Plan Act to mail $525 checks to 5.7 million Texans who claim a homestead exemption. 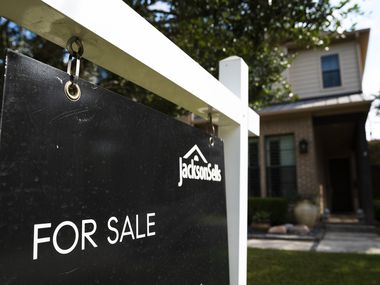 Lawmakers scrambled late Monday to pass a compromise on tax relief that would increase homestead exemptions on school taxes, saving the average Texas homeowner about $176 a year. They also appeared poised to dole out about four-fifths of the $16.3 billion of federal COVID relief money available to Texas.
By Robert T. Garrett

Late Monday, the Senate Finance Committee on a 13-0 vote kicked out Senate Joint Resolution 2, a constitutional amendment that would increase the homestead exemption on school taxes to $40,000, from $25,000. Both the House and Senate approved the plan unanimously.

The break, financed out of unspent state general-purpose revenue, at a two-year cost of between $1.2 billion and $1.6 billion, would be permanent if voters approve it next May.

The House and Senate also passed $13 billion in appropriations from federal COVID-19 spending, tuition revenue bonds to allow universities to construct new facilities, and new penalties for tethering dogs outside.

Abbott didn’t get his way on bills prohibiting private and government entities in the state from mandating COVID-19 vaccines. The governor had asked lawmakers to tackle the issue when he issued an executive order banning the mandates. The other two items on his agenda that didn’t pass included increased penalties for illegal voting and a constitutional amendment allowing courts to deny bail to defendants charges with a number of crimes. 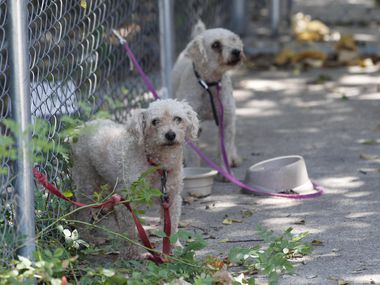 Mede Nix, Politics Editor . Mede Nix has been an editor overseeing key coverage areas for The Dallas Morning News for the past 21 years. She’s is currently political editor, directing DMN reporters in Dallas, Austin and Washington. She also currently serves as president of the Texas Associated Press Managing Editors.