Three options are on the table for redrawing Commissioners Court precincts that would strengthen Democratic power in District 2, which Koch represents.

The sole Republican on the Dallas County Commissioners Court is worried that his political party will lose a spot in county government if proposed redistricting plans move forward.

The court’s five commissioners examined redistricting options on Tuesday, including three maps that would add Democrats in J.J. Koch’s District 2 in the northern part of the county and also strengthen Hispanic voting power. Late Monday, Koch submitted a fourth option to the court’s lawyers that would solidify white Republican support in the district for the next decade.

But consultants hired by the court to draw maps based on demographic changes say such an option could be considered unconstitutional.

The decennial redistricting process that happens at both the state and local level is driven by U.S. Census Bureau results, which showed that Dallas County’s population growth was driven a by a 2% increase in Hispanic residents. The county’s overall population is 2.6 million people, and 1 million identified as Hispanic in the 2020 Census.

Congressional redistricting, which was approved by the state legislature Monday and heads to the governor’s desk, solidified Republican control but limited the power of Hispanic voters even as the state gained two seats.

“I wanted to be sure there was one of the maps that was equal,” Garcia said. “I think that is one of the most important points at this point. The community that has grown the most is the Latino community.” 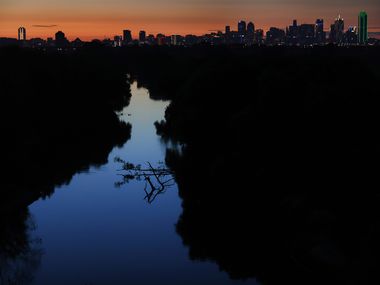 Two of the three options presented to commissioners would pull cities like Garland and Richardson into single districts rather than splitting them. The third, designed at Garcia’s request, would create an opportunity district for Hispanic voters in western Dallas County.

Only a few public speakers weighed in on the redistricting issue on Tuesday. Most were Hispanic residents who supported the third option and the opportunity district.

Rene Martinez, president of a local chapter of the League of United Latin American Citizens, said commissioners should give voters a chance to elect more Hispanic representatives.

“I would hope that you plan to do the best in terms of making sure that the Latino community in Dallas County is represented fairly and justly,” Martinez said. “Map C is the only map that creates two districts that give Latinos the opportunity — not the guarantee — the opportunity to elect the candidate of their choice.”

All three options would cede some Republican voters to Districts 1, 3 and 4 while strengthening Democrats’ power in District 2.

Koch submitted a fourth map to the consultants that creates the Hispanic opportunity district to the west and “reclaims” white Republican voters in District 2, he said, specifically in Rowlett.

But drawing maps specifically based on racial lines violates the 14th amendment, said J. Gerald Hebert, one of the county’s voting rights consultants. Courts have ruled that because white people don’t vote as a cohesive unit, they aren’t a protected group under the Voting Rights Act.

“You’ve separated voters by race in those areas of Farmers Branch, and Carrollton and Mesquite and Garland,” Hebert told Koch. “You can’t separate people out by ethnicity or race in drawing districts unless you have a compelling state interest in doing so, and in my judgment you do not.”

Koch’s District 2 was drawn in 2011′s redistricting process to help solidify a Republican-voting segment in the county. Since then, Democrats have gained a stronger foothold in the county. His district could be a toss-up given 2020 election results in which voters chose candidates from both parties.

Later in the meeting, Koch asked Dallas County Judge Clay Jenkins whether he would support a Republican district.

“I’m listening to the public — all of you,” Jenkins said. “I’m cognizant of the fact that I’m the only person whose district will not change because I’m countywide.”

“Read that as ‘no comment.’ What I’m saying is I’m open to hearing from everyone,” Jenkins said, “including you.”

Koch repeated his question to Jenkins, who gave him the same answer.

The Commissioners Court will hold another public hearing on redistricting at 10:30 a.m. Nov. 2 before a final vote on a new map is taken.

Charles Scudder, Staff writer. Charlie Scudder is a general assignment reporter and has worked on the features and news desks for seven years. He's also an adjunct professor at UNT's Mayborn School of Journalism. Raised in Colleyville, he is a graduate of Southern Methodist University and Indiana University.