Trump campaign blasts debate commission after it chastises his misconduct, but affirms he’ll show up for Miami and Nashville

New property tax study shows that if homeowners get help on how to protest, they will

Romeo knew nothing about real love

And probably Juliet didn’t either. Both men and women are easily swayed by the illusion of love.

Konrad Lorenz was the famous Austrian naturalist who won a Nobel Prize in science in part because of his observations of geese. He learned that when a brood of goslings hatch they socially bond to the first nurturing thing that they encounter.

Typically, of course, they bond with the mother goose, but Lorenz discovered that they also bonded with him. They followed him everywhere. When he walked, the entire brood scurried along behind him like kindergartners. When he paddled in his kayak, the small birds swam alongside. When he ran, the birds ran with him.

Lorenz studied this phenomenon much of his life, which helped him to develop the theory he called imprinting, the attachment a newborn animal makes with its caregiver: a mother goose, a hen or in Lorenz’s case, a man. In human beings, I call this imprinting infatuation.

Remember the famous cartoon skunk created by Chuck Jones? Upon seeing Penelope for the first time Pepé Le Pew is immediately besotted. Of course the infatuated skunk doesn’t realize that Penelope is a black cat with an accidental white stripe down her back caused by squeezing under a freshly painted white fence.

Many people “fall in love” with an image, or with an idea and not with the reality of the other person.

Look at silly Romeo in William Shakespeare’s famous play. In the first act, his friend Benvolio is worried. It seems that Romeo is ill and, of course, Romeo is love-sick with a beautiful girl. He tells his friend that this girl is exquisite, beautiful, fair and that when she dies, all of beauty will dim with her.

Romeo laments that this girl is not interested in him and he cries that “she’ll not be hit with Cupid’s arrow.”

Everyone who reads the play for the first time thinks, of course, that Romeo is speaking about Juliet. But no, Romeo is pining for Rosalind, someone Romeo simply imprinted on for her beauty while not knowing anything else about her.

Benvolio tries to help Romeo snap out of his grief and suggests he “examine other beauties.”

Naturally, at the evening masquerade ball, Romeo sees someone new and he falls madly in love simply upon seeing Juliet for the first time. He asks a servant, “What lady is that, which doth enrich the hand of yonder knight?”

The puzzled servant doesn’t have a clue, but it’s too late. Romeo has imprinted himself on the image of Juliet.

O, she doth teach the torches to burn bright!

It seems she hangs upon the cheek of night

Beauty too rich for use, for earth too dear!

So shows a snowy dove trooping with crows,

The measure done, I’ll watch her place of stand,

And, touching hers, make blessed my rude hand.

Did my heart love till now? forswear it, sight!

For I ne’er saw true beauty till this night.

Wait a minute. In the morning, Romeo was madly in love with Rosalind, but within minutes, he sees this young woman Juliet, and now he is in love with her?

Both men and women are easily swayed by the illusion of love. Ah, but I love Penelope, Pepé Le Pew says. Come to me, my beauty. I’ll romance you with my kisses. But what is this? You are cat! What is this white paint on your back?

While plenty of relationships end when the paint is discovered or fades, for some people, false love never fades for it is a powerful illusion that doesn’t let go.

Look at poor Gatsby in F. Scott Fitzgerald’s famous novel. Gatsby met Daisy when they were both young. Gatsby loved the Daisy he created in his mind and in his memory. When they separated, he built up in his mind more and more the vision of this woman. He became rich simply to attract Daisy, to win her back when, in the end, the Daisy he built in his mind never existed.

During their reunion Gatsby couldn’t see that Daisy was a superficial, spoiled, selfish woman. He could not escape the “vitality of his illusion,” as Fitzgerald wrote. For years, ever since he latched onto the dream of Daisy, he threw himself upon that dream with “creative passion.” And then, Fitzgerald says with sadness, “No amount of fire or freshness can challenge what a man will store in his ghostly heart.”

Valentine’s Day is a time to reflect on our own definition of love and to define what is stored in our souls.

Candy hearts and a dozen roses fill in the superficial social expectations of affection on such a day, but what is love? Tevye in Fiddler on the Roof asks his wife, Golde, “Do you love me?”

Tevye answers that he agrees and many husbands do feel that they are fools, but still, Tevye wants to hear the answer, so Golde goes into her famous rant that for 25 years she has cleaned, cooked, tended to the children and milked the cow. Isn’t that proof enough?

But the man wants to know: Yes, “but do you love me.” And of course Golde eventually relents and says, tenderly, “I suppose I do love you.” And together in a song both Tevye and Golde admit that it is nice to know.

Infatuation, imprinting, love at first sight, Hallmark cards, boxes of candy. Valentine’s Day is no different than any other day, but it is a good day to tell someone you love them not because of a dream, beauty or illusions, but just because you do. We all can agree that it is nice to know.

Christopher de Vinck’s novel, Ashes, will be published by HarperCollins in May. He wrote this column for The Dallas Morning News. 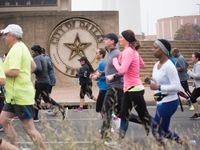 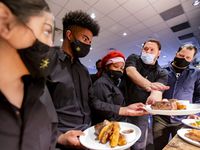 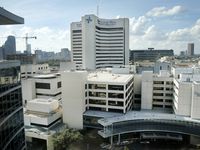