Nicole McChriston should be alive.

Nicole Marie McChriston should be alive today. She should be with her mother who cared so deeply for her daughter that she put herself between her child and the man now accused of killing Nicole.

But McChriston is dead, and some part of the blame must be assigned to a legal system that failed to keep behind bars the man now accused of killing her.

If you have not yet read Metro columnist Sharon Grigsby’s crucial report from Sunday on this slaying, please do for the sake of women everywhere who are in or who have been in abusive relationships.

We have raised concerns on this page for months about the way bond is issued in Dallas County and the repeated ways our justice system has failed to keep victims and society at large safe from plainly violent people who are released on absurdly low bonds.

You can add the name Jerry Ford to that list now. Ford — who had already pleaded guilty to a charge related to family violence in 2018 — stands accused now of murdering McChriston with a knife.

He allegedly killed her after posting $2,500 in bond on charges of assaulting her in July with a machete. That assault left McChriston bleeding from lacerations while her mother was bruised and battered from trying to step between her child and her attacker.

How indeed? The machete charge alone would be reason enough to set a bond so high that there was a fighting chance of keeping him behind bars pending trial.

It gets worse. Before the machete attack, police were called multiple times to incidents of escalating violence of pushing and punching that Grigsby details. And court records show Ford was arrested in 2018 on a family violence assault charge that he pleaded down to a misdemeanor. 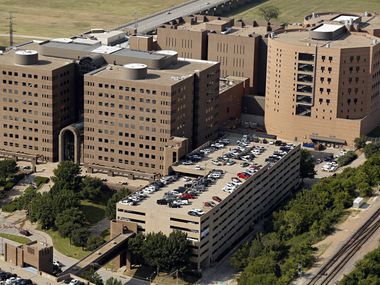 A system that is not structured to keep a person like Ford away from his victim and out of society while he awaits trial is broken. The law is clear on that bail should be fixed at an amount that protects “the future safety of the victim of the alleged offense and the community.” That did not happen here, and why it did not happen is baffling.

We have said before and will continue to say that bail reform is needed. Nonviolent defendants should not be held simply because they cannot pay.

But a justice system must equally protect victims and society at large from those who have demonstrated their willingness to harm others.

Ford is hardly the first defendant released in recent months in Dallas County to the great harm of others. We will be lucky if he is the last.

In February, we wrote with similar frustration and anger about the release of Jacques Smith on a $1,500 bond (10% of $15,000). Smith had a violent criminal history dating to 2016 that included kidnapping and robbery. But after he was arrested earlier this year in the beating his ex-girlfriend, Abbaney Matts, he posted bond quickly and was released. He then allegedly drove to Texas A&M University-Commerce where he murdered Matts, her sister and her sister’s 2-year-old son.

And then there is David Cadena, who was arrested in the brutal beating of a woman in a downtown Dallas garage. Cadena was released twice from Dallas County jail on low bonds before federal authorities picked him up on a carjacking charge and he was held without bond.

It would be easy to shrug off these cases as three anecdotes that don’t indicate a pattern. But we know from repeated conversations with top Dallas police officials that police regularly arrest repeat offenders.

And we know from reporting on Dallas' bail reform efforts that magistrates who make dozens of bail decisions a day often do so with very little valuable information in front of them that could help them sort out who needs to be held on high bail and who needs to have a lower amount set.

As bail reform matures, we must provide greater tools to our justice system so that violent offenders remain in custody.

Meanwhile, options already existed to keep Ford behind bars, and every reason in the world was evident that his bond should have been far higher than what was set.

If it had been, perhaps none of us would know his name, and McChriston would be alive.