The next leader DISD needs

After Michael Hinojosa, here’s what the district and Dallas must have

Anyone who serves with the sort of genuine love for their city and affection for those they lead that Michael Hinojosa has displayed in his years at the helm of Dallas ISD deserves admiration.

Most people who care about our public schools here would have been content to see him carry on. But it is no surprise that he has made the decision to step down, given the length of his tenure and the grueling nature of being a big city superintendent these days.

The city owes him a debt of gratitude for the work he has done, and we expect that in the months leading up to his formal resignation at the end of the year, he will hear many kind words about what he has delivered for Dallas. That’s as it should be.

Looking forward, we are now asking what is next. Hinojosa has been a good shepherd of our schools, but they remain far from where they need to be.

Hinojosa did several wise things that demonstrate how politically adept he is as a leader. He was able to step in after the tenure of his predecessor, the reformer Mike Miles, and keep in place important reforms while mending fences inside and outside of the district.

The question is whether the next superintendent will have either Miles’ resolve to demand reforms or Hinojosa’s political acuity to protect them. 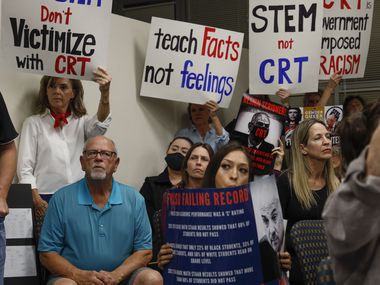 Will Texas school superintendents quit in droves in 2022?

There is a persistent political pressure to roll back the clock to the bad old days of public schooling, when teachers had no serious accountability measures, when uniform testing wasn’t required, and when, if you were poor, you sent your kids to the school you were told to whether you liked it or not.

Hinojosa maintained the district’s Teacher Excellence Initiative, which has become a national model tying student outcomes to teacher pay and promotion. The data is clear that it has helped DISD retain the best teachers and say goodbye to the worst. This reform is ever threatened and will require vigilance from voters, the DISD board and the next superintendent to preserve it.

Hinojosa also was devoted to expanding choice inside the district, so parents aren’t stuck with their neighborhood school. He understood that DISD needs to create and sustain great magnet schools that attract families that otherwise would move to the suburbs or choose private schools. And he was an effective champion of expanded pre-kindergarten.

Hinojosa was willing to acknowledge that public charter schools have created competition that has forced traditional districts to perform better, especially for low-income families that need options but can’t afford private school tuition.

The easier political path is to do everything possible to kill charters. And that happens. Just this week, the Dallas City Council cynically and wrongly used its zoning power to snuff out a charter school plan, a habit that deserves state scrutiny. A forward-looking superintendent won’t shrink from competitors but will insist that Dallas ISD be better than any other schools. When that happens, parents get the choice, not politicians and bureaucrats.

Finally, the next superintendent will need to be an exceptional manager. DISD is set to embark on one of the biggest public construction efforts in state history. The work is sorely needed. Our schools should be our finest public buildings wherever we go. But managing a $3 billion bond over time is hard work that will require enormous skill. Doing that while answering the needs of education day in and day out is almost superhuman.

We too often expect that of public leaders, to be superhuman, and we tear them down when they aren’t.

Hinojosa’s replacement will succeed by looking to mirror his best qualities, his dedication to reform, his optimism for the future, and his total devotion to doing the best for the children of DISD, wherever it led him. That, finally, was why he succeeded. It was always the kids he put first.