We recommend in the race for Dallas County district attorney

This year’s race for Dallas County district attorney is a rematch of the 2018 contest between Republican Faith Johnson and Democrat John Creuzot.

In a close call and with some caveats, we think voters should re-elect Creuzot.

The sitting district attorney made good on his campaign promise to be a reformer, though we question some of his stances. For one, we disagree with Creuzot’s decision to decline to prosecute the theft of personal items under $750 in cases if the motivation wasn’t financial gain. Creuzot explained that his goal was to avoid criminalizing poor people who stole food or diapers out of necessity. Police raised concerns that this policy would encourage crime.

Citing statistics from his office, Creuzot pointed out that his staff accepts for prosecution all but 1% or 2% of low-level theft filings. But his numbers also show that those low-level theft filings from police have dropped from about 2,500 three years ago to about 1,000 last year. That warrants a closer look.

We credit Creuzot for his efforts to divert mentally ill offenders who are not violent and women who have been trafficked from the criminal justice system. We’ve written about his championing of a deflection center that opened this summer to provide mental health care to people who would otherwise get arrested for a low-level crime such as criminal trespass. 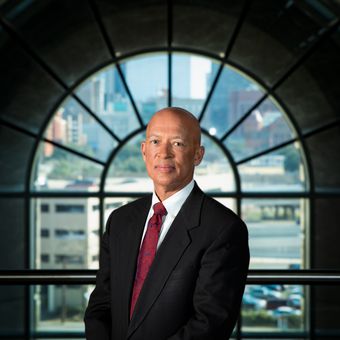 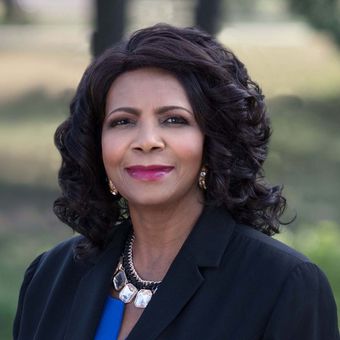 Compare the candidates’ answers to our questions in our Voter Guide.

Creuzot says he’s also fighting violent crime. He cites statistics from his office that show his staff disposed of 219 murder cases so far this year, with a 93% conviction rate for those that went to jury trial. And, according to his office, Creuzot’s administration has prosecuted almost 3,500 weapons law violations since 2019.

Johnson, who was appointed by Gov. Greg Abbott to finish Susan Hawk’s term after she resigned as district attorney in 2016, is running on a platform of being smart, “not soft,” on crime. We commended Johnson for her leadership during the two years she held the post of DA, which earned her our recommendation in 2018.

But Johnson’s latest campaign hinges on flimsy attacks against Creuzot rather than on the strength of her own record. For instance, she said in the Dallas Morning News Voter Guide that countywide violent crime had risen by more than 200% — or tripled, in other words — under Creuzot’s administration. In an interview with us, she cited statistics from Keep Dallas Safe, a political group that our reporting shows has made misleading claims about candidates before.

Her campaign said the 200% figure was obtained using FBI statistics and other sources that mixed figures from the Dallas County Sheriff’s Office and the city of Dallas. Her campaign used a math formula that does not accurately calculate percentage changes.

Using data compiled by the Texas Department of Public Safety and reported to the FBI, we found that violent crime — a category that counts murders, rapes, robberies and aggravated assaults — has increased in Dallas County since 2018, the last year of Johnson’s administration, but not to the extent she describes.

Police agencies across the county reported 14,305 violent crimes in 2018 compared to 15,677 in 2020, the last year for which a state crime report was available. That’s an increase of 9.5% at a time when crime has surged across the nation. Johnson failed to convincingly link Creuzot’s service as chief prosecutor to that increase.

Creuzot’s philosophy on prosecution has raised concerns. But the results from his office do not reflect a soft-on-crime approach.

Creuzot makes the more compelling case for another term. Our nod goes to him.

We welcome your thoughts in a letter to the editor. See the guidelines and submit your letter here.