When ademption happens: The effect of post-will actions

If someone does not own a particular asset when they die, then the gift, or devise, of that asset via their will is revoked. That is called ademption.

The word “ademption” should strike fear into your heart. It can strip away your entire inheritance.

That is exactly what happened to Eloise’s friends.

Eloise signed a will that left, or devised, a specific 86 acres of her “home place” to several friends. Ten years later she sold the home place for an $80,000 promissory note. Then she died.

Eloise’s friends recognized that they could not inherit Eloise’s home place because Eloise did not own it when she died. But, her friends argued, they were entitled to receive the $80,000 promissory note because it could be traced back to the sale of the home place.

Not so, said the court.

If someone does not own a particular asset when they die, then the gift, or devise, of that asset via their will is revoked. That is called ademption.

In Eloise’s case, she did not own the home place when she died. The devise, or gift, of the home place in her will was therefore “adeemed by extinction.”

Courts are not in the business of inferring unwritten terms into wills. As a result, the court had no basis to give the $80,000 promissory note to Eloise’s friends as a substitute for the home place.

The friends got nothing.

Ademption applies only to specific bequests and devises. If you leave “my 100 shares of AT&T stock” to a friend and you later sell that specific stock, then ademption will apply. If you leave “all of my shares of stock” to a friend, and then sell only some shares, your friend will get whatever shares you owned at the time of your death. The gift of “all of my shares” does not adeem.

Ademption is tricky. It does not have to be all or nothing.

In 1924, Cora executed a will that left any land that she owned at the time of her death to her three grandchildren. She later sold the surface estate of the land but reserved the mineral interests. The court determined that the doctrine of ademption “pro tanto” should apply. That meant only a portion of the gift adeemed. The remaining portion – the mineral interests – did not adeem. The grandchildren inherited them.

Ademption can even occur if the testator owns the property at the time of his death. In 1922, D.B. signed a will that devised to his children the right to receive certain land as settlement of a claim. D.B. then deeded that land to his children. Before D.B. died, he repurchased the land.

After D.B.’s death, the children argued that they had a right to receive the land under the devise in D.B.’s will. Not so fast, said the court. The devise had been “adeemed by satisfaction.” When D.B., after he executed his will, made a gift of that land to his children, he intended that the legacy to them be satisfied. The children could not receive the same land a second time.

If you are going to leave a specific bequest of personal or real property in a will, then also describe what you want to occur if you no longer own that property at the time of your death.

Virginia Hammerle is president of Hammerle Finley Law Firm and board-certified by the Texas Board of Legal Specialization in civil trial law. To receive her newsletter, email legaltalktexas@hammerle.com or visit hammerle.com. This column does not constitute legal advice.

Virginia Hammerle, LegalTalk Texas Weekly Columnist. Virginia formed Hammerle Finley Law Firm in 1984. She has been Board Certified in Civil Trial Law by the Texas Board of Legal Specialization since 1995. She is a Fellow of the Texas Bar Foundation, and has been named a Texas SuperLawyer from 2012 through 2019. 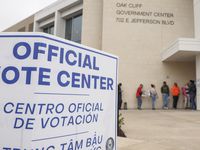 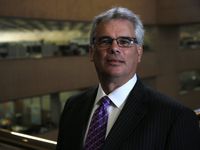