I’ll tell you this: Sometimes, you just can’t win. I’ve learned over the years that you have to have a pretty thick skin to be a Social Security columnist. That’s because people will frequently misread something I write, or they will take something I said the wrong way, and then they let me have it by sending me an email chewing me out for my alleged misstatements.

For example, in a recent column, I wrote about the Social Security concerns of women who are or were married to bad husbands. OK, to be honest, I called them “jerks.” More than a few very upset men wrote to tell me that it takes two to tango! They told me about their wives or ex-wives who weren’t exactly paragons of womanly virtue and suggested I was being a “man-hating jerk” myself.

But in that prior column, I said I knew there had to be more than a few bad wives out there. However, I also pointed out that when I get Social Security questions from a member of an unhappy couple, they always come from women married to a loser. Still, I got an earful from more than a few irate men. Sometimes, you just can’t win.

I also wrote a couple recent columns where I mentioned there might be advantages to taking benefits at full retirement age or even sooner. Sure enough, I heard from several financial planners who told me I am misleading my readers because they believe you should always wait until 70 to file for benefits. One guy even accused me of “leading senior citizens down the path to financial ruin!”

If you read those past columns, you’ll note that I gave reasoned arguments for taking benefits at age 70 and for starting them at full retirement age. Still, the “wait until 70″ crowd blasted me all the same. Sometimes, you just can’t win!

Here’s a twist to that tale. Following that recent column, I also heard from financial planners who scolded me for not doing a good enough job of pushing full retirement age as the best course of action for soon-to-be retirees. In other words, two groups of people, reading the same column, came away with diametrically opposite opinions about what I said. Sometimes, you just can’t win.

One time I wrote a column explaining benefits available to women on a husband’s Social Security record. I got an email from a woman who told me she could never trust anything I wrote again because in that column, I failed to mention that a woman must be married for at least 10 years to collect benefits.

But the column in question was addressed to women currently married to their husbands. The 10-year rule applies only to divorced spouses. I wrote back to the woman and told her that. She said, “You still can’t be trusted.” Sometimes, you just can’t win!

Interestingly, that same column elicited a diatribe I got from a woman who yelled at me for using my column “to pander to married women.” She told me she’s sick and tired of hearing women gripe because they aren’t getting enough in spousal benefits on a husband’s Social Security account. She told me, “These women need to get a life and learn to live on their own without the support of a man.” She said I should stop writing about spousal benefits and just use my column to explain benefits available to single women.

I wrote back to tell her that I get far more questions, probably a hundred times more questions, from married or divorced women and from widows than I get from single women. She was not happy with that response and let me know it. Some-times, you just can’t win.

Then there are emails from the word police. I was an English major in college. I spent a good chunk of my career with the Social Security Administration as the chief editor of all their public information booklets, pamphlets and fact sheets. I’ve been writing this column for about 25 years, and I’ve penned several books on Social Security as well as some children’s books. So, I think I have a fairly decent command of the English language.

But that doesn’t stop word critics from correcting me all the time. For example, one guy chewed me out because I referred to someone getting Social Security “checks.” I know that benefits come in the form of direct deposit transactions. But I’m pretty sure people know what I mean when I talk about “your Social Security check.”

Another guy yelled at me because I referred to the extra money you get if you delay starting your Social Security benefits until 70 as a “bonus.” He pointed out that they are legally called “delayed retirement credits, or DRCs.” I knew that, of course, I just think my readers will more easily understand the term “bonus” then they will the abbreviation “DRC.” Sometimes you just can’t win!

Don’t even get me started about the political side of Social Security. For example, all I have to do is say something rather innocuous like “Social Security has helped people in this country” – and zealots will jump on their keyboards and blast me with emails labeling me a socialist or even a communist. As one guy wrote to me: “There’s Lenin. There’s Stalin. There’s Putin. And then there is you!” My goodness. All because I think the Social Security program has been beneficial to this country, I’m lumped in with some of the world’s great despots! Sometimes, you just can’t win!

A couple years ago, I wrote a column in which I tried to explain the problems inherent in plans to privatize the Social Security system. I can’t even begin to rehash the arguments I made in that column in the limited space I have here today.

But here’s what I found so intriguing. That column prompted several angry emails from guys who accused me of being a “pinko socialist.” Honestly, that didn’t bother me. As I hinted at in the prior paragraph, I’m used to getting tagged with that moniker. But here’s what I found so intriguing. That same column elicited an email from a guy who called me a “capitalist apologist.” So, I’m both a socialist and a capitalist! It just goes to show how people can get so wrapped up in their ideologies that they can easily misinterpret the words right in front of them on their computer screen or on a newspaper page. Some-times, you just can’t win.

Having got all that off my chest, I’ve got to point out that the vast majority of readers who contact me are very appreciative of the service I supply by writing this column and for the job I do helping people gain a better understanding of the Social Security system. They write all the time to let me know that I’m doing a good job. So, to be honest, most of the time, I do indeed win! 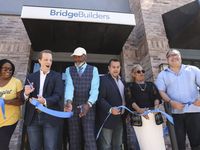 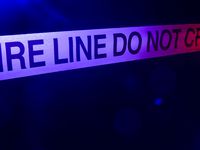 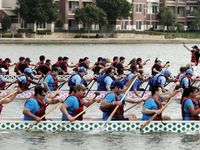