Famous movies. Big concerts. And memorable games. Texas Stadium in Irving had it all.

Texas Stadium would be turning 50 this weekend.

The home of the Dallas Cowboys — known for the distinctive hole in the roof — opened Oct. 24, 1971 with a 44-21 win against the New England Patriots.

The Irving stadium was demolished in 2010, but it’s still remembered as a statewide icon.

Built for $35 million dollars, it was the first stadium in the country in which fans paid for its construction by purchasing bonds, now known as personal seat licenses.

The Cowboys played at Texas Stadium for 37 years, amassing a 219-99 record, which included 16 post-season games.

But the stadium also provided a setting for major movies, television commercials, college and high school games and concerts.

Here are some fun facts about Texas Stadium:

Even before Texas Stadium opened, it was the site of “The Greater Southwest Billy Graham Crusade.” The 10-day event began Sept. 17 and included performances by Johnny and June Cash and the Statler Brothers and on-stage appearances by former President Lyndon B. Johnson and his wife Lady Bird. More than 60,000 people attended Graham’s crusade, and in his closing remarks, Graham called Texas Stadium “one of the great stadiums of the world.”

A hole in the roof

Texas Stadium was perhaps best known for a gaping hole in the middle of the roof, a result of abandoned plans for a retractable roof. Dallas linebacker D.D. Lewis is said to have famously quipped that the stadium “has a hole in its roof, so God can watch His favorite team play.”

A particularly memorable commercial for Coca-Cola, starring NFL Hall of Fame Joe Greene, was filmed here in 1979. The former Pittsburgh Steelers defensive tackle accepts a Coke from 8-year-old Tommy Okon then tosses his jersey to the kid. The famous ramp on which the ad was filmed was moved to the Dallas Cowboys’ new stadium in Arlington.

In one of the most exciting games ever played at the stadium, quarterback Roger Staubach rallied the Cowboys from a 13-point deficit in the final two minutes of the 1979 game against rival Washington. In the last minute of the game, Staubach found wide receiver Tony Hill in the end zone for a game-winning touchdown to clinch the NFC East title with a 35-34 win.

While filming a concert at Texas Stadium for an NBC special that would air the following year, Garth Brooks unleashed simulated rings of fire, lightning and rain. He even flew by wires from the 200-foot high ceiling. In total, 26 cameras recorded the shows in 1993, which were attended by more than 200,000 screaming fans.

Texas Stadium served as the backdrop for the hit film, Any Given Sunday, in 1999. Directed by Oliver Stone, the film’s cast included Al Pacino, Cameron Diaz, Dennis Quaid, Jamie Foxx, James Woods, LL Cool J and Ann-Margret, and tells the story of a fictional professional football team called the Miami Sharks. The Sharks’ team logo featured on the wall in the visitor’s locker room was signed by the cast and director and later moved to the new stadium.

Texas Stadium appeared on television screens worldwide during the opening credits of the landmark television series Dallas, which chronicled the lives of the fictional Ewing family from 1978 to 1991. As a result, Texas Stadium is arguably one of Texas’ most recognized structures, according to the Irving Convention and Visitors Bureau.

Texas Stadium was home to much more than football. Over the years, concerts included U2, Madonna, Billy Joel, Elton John, Eagles, Melissa Etheridge, George Strait, The Beach Boys, New Kids on the Block and Pink Floyd, among many others.

Texas Stadium might have been built for professional football, but numerous other teams have played there. It served as home to the Dallas Tornado soccer team from 1972-75 and 1980-81, and for the SMU Mustangs from 1979 to 1986. Other sports events included professional bull riding, wrestling championships, Big 12 college football championships and more than 700 high school football games.

For those who want to learn more, Irving’s Archives and Museum has a special Texas Stadium exhibit, complete with a multi-media stadium history featuring NFL game footage, archival photos, memorabilia and original lockers and stadium seats.

Information was compiled with the help of the Irving Convention and Visitors Bureau. 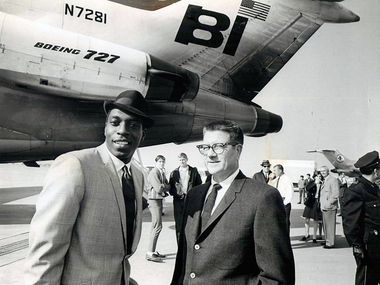 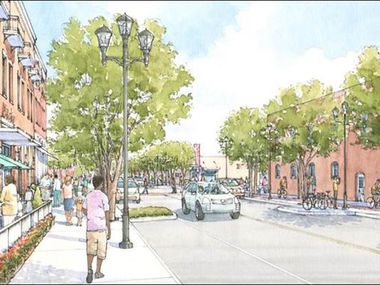