The winningest Call of Duty esports player in history spent two seasons in Dallas, and won a world championship in 2020.

The move followed a busy week in the Call of Duty League offseason, and sets the Dallas Empire up for another roster move of their own. Porter spent two seasons with the Empire starting with the CDL inaugural season. Drost was brought on in late May.

This story will continue to be updated as the situation develops.

Porter became the second veteran and three-time champion to be dealt by the Empire in an offseason, following James “Clayster” Eubanks’ departure to New York after the 2020 season. Porter and Eubanks have been complimentary of playing with each other. Eubanks called Porter the “yin to my yang,” at Champs. Those two linking up could be an option.

Porter is recognized by many as the greatest Call of Duty player of all-time as he has the most major wins (37), along with three world championships — that includes the 2020 title with Dallas.

Today we bid farewell to the 3x World Champ and winningest player of all-time.

The Empire will need a new main AR and SMG player for the 2021 season if this were to be the only move. Indervir “iLLeY” Dhaliwal and Tyler “FeLo” are still on the Empire roster. 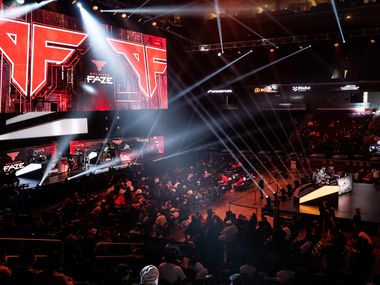 Call of Duty League lined up for eventful offseason with teams, players on the move

Sign up below to receive Dallas Team Chat, full coverage of North Texas esports, including the Fuel and Empire, delivered straight to your inbox.