MEMPHIS — Before the Mavericks’ Wednesday rematch with the Grizzlies, coach Jason Kidd said his team felt challenged “to see if our spirit and our faith is strong enough to stay together” after eight losses in the last 10 games.

Four days after losing to the Grizzlies in American Airlines Center and one night after their worst 3-point shooting performance of the season, the Mavericks started this three-game road trip by shooting 48.1% from the field and outscoring Memphis 56-44 in the second half despite playing on the second night of a back to back.

All culminated with frequent celebrations after second-half 3-pointers and Doncic sticking his tongue out in jest as a Grizzlies fan shouted “Luka, you’re soft!” when he checked out in the final minute.

The Mavericks’ spirit, at least for now, appeared restored.

“We knew we needed that win — badly,” Doncic said. “We just played physical basketball, and I think that was our key.”

Despite committing nine turnovers, Doncic shot 10 of 19 from the field, including 5 of 10 from three.

After facing criticism Tuesday from TNT broadcasters for appearing out of shape, Doncic appeared in top form Wednesday — at arguing with officials. He drew a technical foul at the end of the first half, tying Utah’s Rudy Gobert for a league-high six so far this season.

Another superstar bonus for the Mavericks, who played without their two in Saturday’s loss to Memphis: Kristaps Porzingis played both halves of the back to back, too.

For all the questions about the Mavericks entering the game, Kidd said Porzingis’ availability was never one.

Porzingis rarely played on consecutive nights in two seasons under coach Rick Carlisle, and hadn’t played both halves of a back to back under Kidd because knee and back injuries had disrupted his availability anyway.

“That question could be more — if we can stay healthy — going towards Sunday-Monday,” Kidd said of the Mavericks’ next back to back, Sunday in Oklahoma City and Monday at home against the Hornets. “He’s in a great place mentally and physically.”

The duo’s presence gave the Mavericks depth and leadership they lacked Saturday and helped them close several key stretches with intensity.

The Mavericks ended the first half on an 11-3 run to cut the Grizzlies advantage — which reached 12 points three minutes prior — to 52-48. Early in the third quarter, Dallas compiled an 11-2 spurt and then outscored Memphis 27-16 in the first 11 minutes of the fourth quarter.

A few rotation tweaks helped, too.

Brown played his best game of the season with nine points, seven rebounds, two blocks and a steal in 12 minutes. The Mavericks’ bench hollered for some of Brown’s best plays with the same elation they’ve celebrated Boban Marjanovic 3-pointers.

“Especially like when you see how much work these guys put in and how much you put in alongside them,” Brown said. “You just can’t help but to be happy for them, and vice versa.”

Josh Green also logged his most playing time (10 minutes) as part of the true rotation.

Add in Bullock’s 15 points and best 3-point shooting performance in a Mavericks jersey — 4 of 6 from three — and the Mavericks’ role players supported their stars in one of their most cohesive final periods in weeks.

That meant Doncic looked especially loose as he celebrated second-half 3-pointers with chest pounding and finger waving. Bullock and Tim Hardaway Jr. met at half-court for a chest bump after forcing the Grizzlies to take a late timeout.

Officials called Memphis for three technical fouls in the last four minutes — a sign the Mavericks opponent felt more angst than them for the first time in a week.

“A lot of chippy on both sides,” Bullock said. “We kept our composure in the fourth when things was getting heated and just tried to stay within the game and play the right way.” 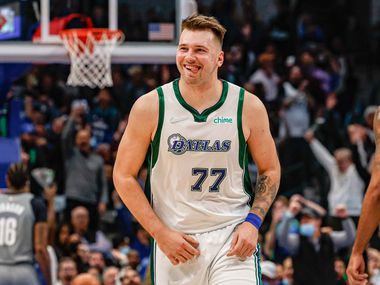 Callie Caplan, Staff Writer. Callie Caplan covers the Dallas Mavericks and Olympic sports. She has also written for The Washington Post, USA Today and The Baltimore Sun and graduated from the University of Maryland in 2017.