These next two games against the Grizzlies are about as pivotal as January games can be.

MEMPHIS — On the night of Nov. 26, the idle Mavericks seemingly got a break when their only viable Southwest divisional competition, Memphis, lost star point guard Ja Morant to a scary-looking left knee injury.

Morant couldn’t put any weight on the leg. Without him the rest of that night, the Grizzlies crumbled at home against Atlanta, losing by 32 points and dipping to 9-10 for the season, two games behind 10-7 Dallas.

“It’s in God’s hands now,” Morant posted on social media that night. “All we can do is pray.”

The miraculous part isn’t so much that Morant missed “only” 12 games; it’s that Memphis won its next five and 10 of its next 11 without him. That sole loss was to the Mavericks here in Memphis.

That stretch isn’t the only reason Dallas (22-19) finds itself 61/2 games behind the Grizzlies (30-14) as it begins the second half of its schedule Friday night in the FedEx Forum, but it certainly was a turning point for both teams.

Morant not only is back, he is averaging 24.9 points and has surpassed Luka Doncic for second place among Western Conference guards in the latest NBA All-Star fan balloting returns, and the white-hot Grizzlies have an 11-game winning streak after their 116-108 win over Minnesota on Thursday.

The Mavericks? They’ve lost ground to Memphis despite winning seven of their last nine, including a six-game winning streak that was snapped Wednesday in New York.

“It’s a challenge we’re up to the task for,” Mavericks guard Jalen Brunson said. “We’ve played hot teams before. We’ve just got to pick up the intensity from the beginning. It should be a good game.”

Just five days ago, the Mavericks ended Chicago’s then-league-best nine-game winning streak, but that game was in Dallas.

On Thursday, Dallas learned that it will be without Kristaps Porzingis for the seventh straight game, as he remained in the NBA’s health and safety protocols for the 10th day.

Porzingis and Doncic have missed 15 games apiece, and they’ve only played together 15 times this season. That is why it’s so difficult to assess the first half of a season in which Dallas, all told, has lost 110 games to injury or illness and had 11 of its players and coach Jason Kidd contract COVID-19.

“We started a little slow,” Doncic said. “I think we’ve picked it up now. ... I think we’re playing pretty good. You know, it’s a long season and there’s going to be ups and downs, so we’ve just got to stay consistent.”

The Mavericks have the same record they did through 41 games of last season’s COVID-19 shortened 72-game schedule. They overcame a coronavirus outbreak in January and early February to finish four games ahead of Memphis and earn only the fourth division title in franchise history.

That division title wound up being the tie-breaker for fifth in the West after Dallas, Portland and the Lakers finished with identical 42-30 records.

Dallas again finds itself fifth in the West, with Phoenix, Golden State, Memphis and Utah having established a clear upper-tier to this point of the season.

If the Mavericks are to have any hope of climbing into the top four and earning homecourt advantage in the first round of the playoffs, they’ll have to make a move soon.

Dallas has split two meetings against Memphis and the teams’ season series concludes Jan. 23 in Dallas, so these next two games against the Grizzlies are about as pivotal as January games can be.

It will help that the Grizzlies will be on the second game of a back-to-back, and they’ve recently sustained more injury news. Dillon Brooks, Memphis’ second-leading scorer at 18.4 points per game, is expected to be sidelined through the All-Star break after spraining his left ankle last Saturday.

Brooks has only played in 21 games, so the Grizzlies, like Dallas, have been without their two leading scorers for large portions of this season. Second-year forward Desmond Bane, a TCU product, has helped fill the scoring void, averaging 17.5 points.

The Mavericks should get Porzingis back soon, though it seems extremely doubtful he could play as soon as Saturday’s home game against Orlando, given that he hasn’t practiced in well over a week.

“It’s been a little bit of a roller coaster,” Brunson said of the Mavericks’ first half of the season. “We had ups, we had downs. Our downs have basically been mostly COVID and things of that nature. 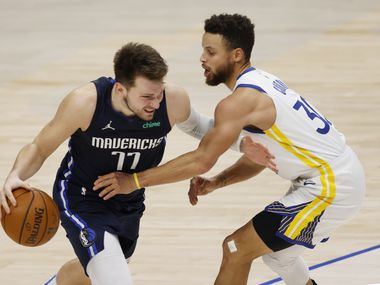