Texas opted for quantity over quality, with none of the prospects ranked in New York’s top 10 according to MLB Pipeline.

Jon Daniels, the Rangers President of Baseball Operations, said he believes the Rangers acquired three future everyday bats and a potential starting pitcher in Glenn Otto, who could pitch in the majors this season.

It was going to take a lot for a team to take two-time All-Star Joey Gallo away from the Rangers, but the New York Yankees were happy to do it.

In exchange for Gallo and reliever Joely Rodriguez, the Yankees will send a four-player package back to the Rangers, offering quantity rather than overall quality. None of the four players were among the Yankees top-10 prospects, according to MLB Pipeline, though all were featured among the top 30. The Yankees, according to Baseball America’s rankings, had the No. 18 farm system before the season began.

But what exactly are the Rangers getting now that they’ve moved their biggest trade piece? Meet the four prospects expected to come to the Rangers, according to The Dallas Morning News’ Evan Grant.

What are the Rangers getting? Smith, 23, is a left-handed hitter that’s shown an ability to put the bat on the ball. He started two seasons at LSU and hit .346 his junior season with nine home runs and 41 RBIs. He’s continued his high-contact prowess in the minors, hitting a combined .324 with 12 home runs and 39 RBIs. His OPS in the minors 1.018, though he hasn’t advanced beyond high-A minor league ball yet.

MLB Pipeline analysis: Smith has some of the best bat-to-ball skills in the Yankees system, and he controls the strike zone well while making hard contact to all fields. His bat speed and the loft in his left-handed stroke create solid raw power that could translate into 15-20 homer power if he gets stronger. He could provide a similar amount of steals thanks to his solid to plus speed and his instincts on the bases.

MLB Pipeline analysis: Duran produces some of the best exit velocities in the system and legitimate power to all fields because his hands and wrists are strong and create explosive bat speed from the right side of the plate. In order to fully tap into his pop, he’ll need to chase pitches out of the strike zone less frequently and learn to solve quality breaking balls. He made some progress toning down his aggressive approach in the NYPL and continued to do so at Dominican instructs.

What are the Rangers getting? Hauver, 22, has impressed in his first minor league season. After missing 2020 due to the minor league cancellation, the former Arizona State infielder has hit .288 with nine home runs and 49 RBIs in 66 single-A games. His OPS is .943. In his only full season as a starter at Arizona State he hit .339 with 16 home runs.

MLB Pipeline analysis: Hauver exudes confidence at the plate, working deep counts while waiting for a pitch he can drive. His strength and the loft in his left-handed swing produce solid raw power and high exit velocities. He offers the potential to hit for average and power while also drawing a healthy amount of walks. It’s unclear where Hauver will wind up defensively, with second base easily his best-case scenario. His fringy arm strength makes the hot corner a stretch, and his similarly graded speed makes left field and first base the only other realistic possibilities. He has elicited comparisons to Daniel Murphy and to former Yankees outfielder-turned-second-baseman Rob Refsnyder.

What are the Rangers getting? The Rice University alum has climbed through the Yankees farm system and ultimately reached AAA Scranton/Wilkes-Barrie this season. The 25-year-old, 6-foot-3 right-handed pitcher had a blood clot in his shoulder in 2018 and had multiple injuries in 2019, according to Pinstripe Alley, but he’s been healthy this season. He spent the majority of this season at the AA level, starting in 10 of his 11 appearances and finishing with a 3.17 ERA. He went 6-3 in those games, but most importantly, he has 117 strikeouts in 75.2 innings pitched.

MLB Pipeline analysis: Otto’s out pitch is a spike curveball that ranges from 78-81 mph and also in effectiveness, as it’s a hammer with true 12-6 break at times and less sharp and hard to control at others. He sets up his curve with a four-seam fastball that sat at 92-94 mph and reached 96 with riding action in 2019 but has touched 98 in the past. He barely used a changeup in college and has yet to show much aptitude for the pitch, which lacks life and enough velocity separation from his heater. 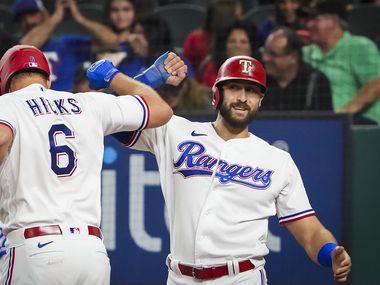