Garcia unleashed a Kraken of a throw from right field, clocked at 95.5 mph, that reached home plate on the fly.

BALTIMORE — Strong defense is a major issue in almost every campaign. It may be central to Adolis García’s bid for AL Rookie of the Year.

On Wednesday, less than two weeks before voters must submit their ballots, García reminded them just how strong. It doesn’t hurt that the reminder came in the center of the baseball universe, Yankee Stadium.

For those without social media feeds, García unleashed a kraken of a throw from right field, clocked at 95.5 mph, that reached home plate on the fly. It got there so fast that catcher Jose Trevino had to wait for runner Kyle Higashioka, who represented the tying run, to slide. Then García spiked his glove, pounded his chest and taunted the Yankee Stadium crowd. It was the kind of moment likely to stick with the electorate (members of the Baseball Writers Association of America).

No wonder @AdolisJose is 2nd in MLB in OF assists. 🚀 pic.twitter.com/JhX0GBBCcm

“It was good theater, that’s for sure,” Rangers manager Chris Woodward said. “He’s not shy in those moments. I don’t know how much value people put on the moment or if the moment matters. I believe it does. But it’s not surprising. He’s been doing that all year.”

And therein lies the real plank in his platform. Even as García has slumped offensively since the All-Star Game, he remains among the rookie leaders in multiple offensive categories but a clear step above the rest defensively.

It has added up to a 2.7 Wins Above Replacement (WAR), according to Fangraphs, tops among all AL position players. He is second to his friend Randy Arozarena of Tampa Bay in the other WAR formula, calculated by Baseball-Reference. Houston pitcher Luis Garcia led all rookies in Fangraphs WAR at 3.3 but was fifth in the Baseball-Reference formula.

Of particular note: Baltimore’s Ryan Mountcastle, the rookie homer and RBI leader, does not appear in the top five in either category. Mountcastle hit his 31st homer of the year Thursday in Baltimore’s 3-0 win over the Rangers. It broke ties with García in homers and RBIs (both entered the game with 83).

The Rangers went 0 for 8 with runners in scoring position, and that pretty much sums up the last two weeks succinctly. They are hitting just .107 over their last 11 games for 75 such at-bats.

Arozarena led all rookies in OPS at .807 entering the night. García, 0 for 4 with a pair of strikeouts Thursday, had fallen to the middle of the pack of rookies at .744. García is hitting just .184 (14 for 76) since Sept. 1. He seems to have worn down offensively as the season has worn on. He played his 140th game Thursday. In 10 professional seasons (including those in Cuba and Japan), he’d never played more than 132 games in a year.

García’s case, though, is strengthened by his elite defense. According to MLB’s Statcast system, he has 11 “Outs Above Average,” fourth among all AL outfielders, regardless of experience level.

“I take a lot of pride in my defense,” García said through an interpreter. “And my offense as well. It’s just whenever I feel like my offense isn’t as good, I take an extra step to make sure my defense is better. Whatever it takes to help out.”

This series with Baltimore, the Rangers’ last road series of the year, could be a head-to-head matchup between two top Rookie of the Year candidates in García and Mountcastle. But as strong as their individual performances have been, both could be impacted by things they haven’t been able to control — their team’s lack of success. If García’s defensive play on Wednesday might induce some “recency bias” on the part of voters, the teams’ records could also induce some “losing bias.”

The good news for both players: There have been Rookie of the Year winners from 100-loss teams. The bad news: only one in the last 40 years. Miami’s José Fernandez won the NL award in 2013 on a 100-loss club. Before him: Toronto’s Alfredo Griffin shared the AL Award in 1979.

“We really aren’t going to decide this on this series,” García said. “I think it’s about the whole entire season. I’ve worked really hard, and I’m focused. [Mountcastle] is a really good player, and I wish him a lot of luck. But, at the end of the day, it’s about going out there and competing and trying to do whatever you can to help the team.” 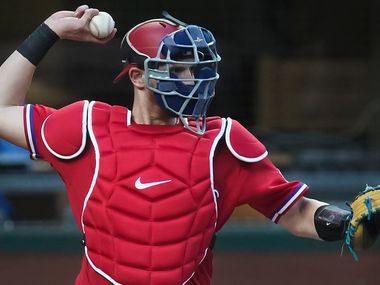