What does the State Fair of Texas’ cancellation mean for the Longhorns-Sooners Red River Showdown?This article has
comments enabled.

Texas and Oklahoma's athletic directors said they still anticipate playing the game despite the fair's cancellation, at least for now.

The Red River Showdown remains a go for Oct. 10 at Cotton Bowl Stadium in Fair Park, at least for now.

“We’re anticipating having the game,” Texas athletic director Chris Del Conte said in a phone interview. “We’re planning the game in Dallas at the Cotton Bowl.”

Added Oklahoma AD Joe Castiglione in a statement: “Our hope remains that we can play the OU-Texas game at the Cotton Bowl, but obviously every aspect of our season requires constant monitoring and planning.”

If the idea of Texas and Oklahoma playing without the signature State Fair backdrop and the sights, sounds, smells and tastes that separate the game from any other rivalry game, well there’s precedent.

The State Fair was canceled during World War II when the fairgrounds were used to house troops. Texas-OU was still played each year at the Cotton Bowl.

Facing a different kind of national emergency and with a spike in COVID-19 cases, the State Fair announced Tuesday the cancellation of its annual extravaganza.

Even if the game goes on, there will be no Fletcher’s corny dogs or Midway rides or throngs of fair goers mixing with fans.

“That’s what makes this game so unique and the greatest game, in my opinion, in college football because of the setting and everything around the Texas State Fair,” Del Conte said.

Of course, all the discussion and planning could be moot given the increase in COVID-19 cases.

Even Castiglione sounded a note of caution in his statement.

“The best thing all of us can do at this time is closely follow CDC guidelines to reduce the spread of the virus,” he said.

Nationally, the idea of a winter/spring football, at least as a last resort, is now openly being discussed. The Ivy League is expected to announce Wednesday that it is moving all its fall sports to the spring, including football.

While the Ivy hasn’t played big-time football in a long time, consider it the canary in the coronavirus coal mine.

While spring football may play havoc with the 2021 college sports calendar, hey, one crisis at a time.

“I just think it would be wrong of us to take any potential option off the table right now,” Riley said. “I think it’d be very difficult to say the spring is not a potential option. I, for one, think it’s very doable.”

In a statement to ESPN this week, SEC Commissioner Greg Sankey said “there are important decisions to be made in the coming weeks, and by late July there should be more clarity about the fall season.”

So Texas-OU kicking off … in April?

Even if the Red River Showdown does unfold as scheduled in October, another tradition is likely to bite the dust inside the stadium. One trademark of Texas-OU is the divide down the 50-yard line between fans in Texas burnt orange and those in Oklahoma crimson.

With Gov. Greg Abbott currently limiting stadiums to 50% capacity and with social distancing parameters, the look will be far different from the normal sellout crowd.

“We’ve been planning for that at the University of Texas and at the same time planning that for the Cotton Bowl,” Del Conte said. “Like everything, this year will be an adjustment. 2020 can’t get out of here quick enough for me.” 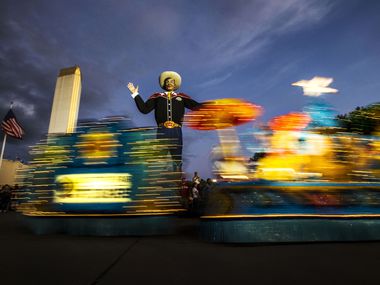 The State Fair of Texas is officially canceled

Citing the surge in coronavirus cases across North Texas, fair officials voted to cancel the event for the first time since World War II.
By Michael Granberry 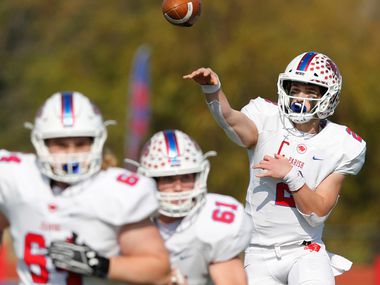 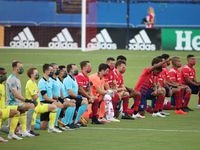 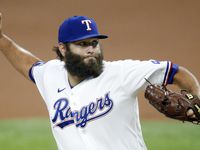